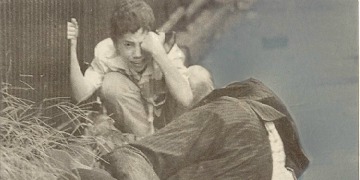 As the press and the community asses the history of those days with 20 years of distance, more and more evidence shows that the “riots” was actually a “pogrom”.

The Jewish Forward in their editorial wrote:

â€˜Jewish homes were being attacked, windows broken. Jewish residents were cowering in the safest rooms of their homes. Sympathetic gentiles in the area were sneaking word to some of their Jewish neighbors to keep their lights turned off. Marauding bands of outside agitators were roaming around, blaming Jews. This was taking place not in, say, prewar Poland or the Pale of Settlement back in an even earlier time. This was taking place in the Crown Heights section of Brooklyn.â€

One cannot help but think that the mainstream press, and even the Jewish community, preferred to refer to the events as “racial strife.” Was it because the victims were predominantly chassidic Jews? Were the Jews actually instigating violence?

Rabbi Dovid Eliezrie, a friend who I often fiercely disagree with, got it right. He describes the Crown Heights Riots, a America’s Pogrom. Looking back, it is hard to disagree with him and his article is worth reading. He writes:

Rabbi Yitz Greenberg wrote afterwards in the Jerusalem Report that the Jewish leadership did not react since â€œChassidic blood was flowing.â€ Imagine for a moment if mobs of angry blacks were attacking Jews in the upper west side. Would the ADL, AJC sit stoic, politely asking for the violence on both sides to stop and a commission be established to look into Black civil rights. Would they, as Jerome Chanes , a former leader of the JCRC in New York, just last week, two decades later, still describe the pogrom as a â€œriotâ€ clinging to the argument it was not driven primarily by anti-Semitism.

On this anniversary of the violence, [Ari Goldman] penned a courageous account of what it was like to be a legman amid an anti-Jewish riot for the newspaper that boasted of issuing â€œAll the News That’s Fit To Print.â€ He called in the facts, and they got rewritten into a story of a racial clash between blacks and whites or between blacks and Jews, when, in reality, no Jews had attacked anybody. The riot was an attack on Jews.

For more on pogroms, read my article about The Kielce Pogrom of 1946.