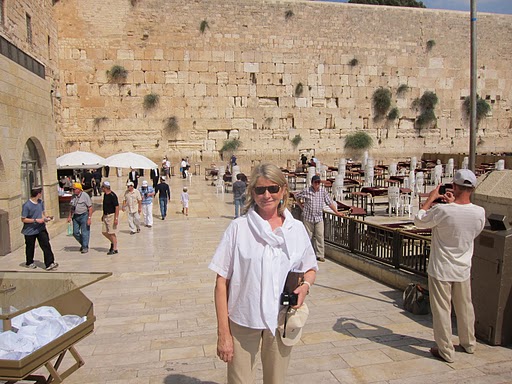 As Rosh haShana approached, Martha Stewart visited Israel and blogged each day about her experiences. Why Israel? Why not. The trip was funded by Israel’s Ministry of Tourism. Ms Stewart scouted locations for her television show and had time to attend her nephew’s wedding at the Rockefeller Museum, have goat cheese at Shai Seltzer’s farm, eat hummus in Abu Ghosh, sample the produce at Mahane Yehuda, and hang briefly with PM Netanyahu and his wife, Sarah. 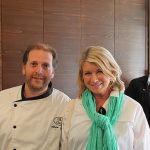 Martha wears an Israeli made scarf and meets a top T.A. pastry chef

At the Jerusalem market, she ate a cucumber salad in ginger vinaigrette, along with yellowtail sashimi, tuna tartare, red mullet and shrimp carpaccio, as prepared by Assaf Granit and Yossi Elad.

Who is her nephew? Josh Bernstein of The Discovery Channel’s “Into the Unknown.” He married Lily Snyder, a daughter of Mr. James Snyder who directs the Israel Museum.

Be sure to browse the hundreds of pictures she took. My favorite is the picture of the fire grilled eggplant she ate in Jerusalem. Come to think of it, I think I will go to Gil Travel and see if they can mimic her trip for me. I need some hummus, badly.