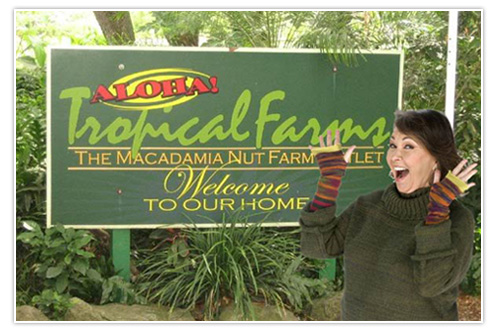 Roseanne Barr is running for the office of President of the United States (POTUS) in 2012. She is also running to be the next Prime Minister of the State of Israel (PMOTSOI), although you probably have to be an Israeli citizen for that one. She also published a book in 2011, titled, “Roseannearchy: Dispatches from the Nut Farm.”

Amid all this, and her blog, her Lifetime TV television show, “Roseanne’s Nuts,” and her farm in Honokaa on the Big Island of Hawaii, where she manages 5,000 macadamia nut trees as well as fluffy goats and plump honey bees, she and her sister have carved out enough time to lead a Jewish Women’s Retreat prior to Rosh haShana. 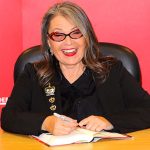 You can join Roseanne and her sister, Geraldine, at Camp Isabella Freedman and Retreat Center. Seriously Funny: A Jewish Women’s Weekend
with Roseanne Barr and Geraldine Barr, September 23 â€“ 25, 2011, is a quick trip from NYC, and just $200 plus room & board. Financial assistance is available for those in need of it. Roseanne has tweeted that she and her sister, two radical Jewish women, will focus on Jewish spirituality, family healing, meditation, and feminism, all, of course, flavored with uncompromising humor.

No word on whether Geraldine will bring her famous cookies, or whether a rep from the Israeli nut exporter, Mial Impax will attend the retreat. I hope someone from the Volcani Center goes and swaps info on nut production after one of the meditation sessions.