Not Human Enough to Live: The Murder of Kelly Thomas and Effort to Bring his Murderers to Justice 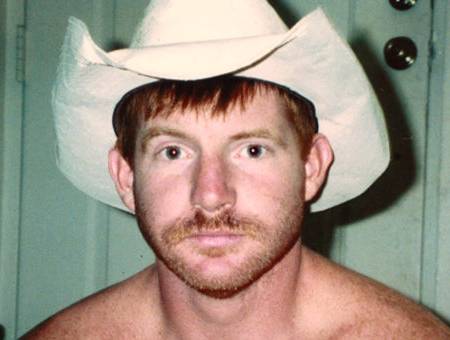 The facts are horrific. Video capture the brutal attack on the side of a busy street. Onlookers and passerby don’t come to the victims aid. Eventually, the bruised, bleeding half-dead body is attended to by medical personal, but it is all but too late. The victim dies.

No, I am not talking about the tragic hit and run of a two year-old Chinese girl – I am writing about the death of Kelly Thomas of Fullerton, California.

Kelly Thomas, a 37-year-old mentally ill homeless man, was brutally beaten by six Fullerton police officers on July 5. Yes, on-duty police. They then tried to cover up the murder. Thomas was beloved, not abandoned, but mental illness kept him on the streets.

Kelly’s beating at a bus stop was done in public. No one came to his aid. Cars and passersby watched. The investigators interviewed 151 witnesses â€” yes, that is 151 people stared, watched and did nothing â€” viewed seven surveillance videos and two videos recorded by witnesses on their cellphones. In addition, a recording device attached to leader of the assualt, which all Fullerton officers wear, recorded the murder in vivid detail. Two officers are being charged in his death, four others that took part have not.

Ron Thomas, Kelly’s father, is waging a relentless battle to raise awareness about Kelly’s murder, the police cover-up, and ultimately about the fate of the mentally ill on our streets. And it’s working. Residents of Fullerton are taking their city council to task and the FBI is now investigating the crime. Fullerton just set up a task force in the wake of the murder to look for ways to improve the plight of the homeless in Fullerton.

Paul Orloff, a Fullerton resident, has launched a Change.org campaign to bring the four Fullerton police officers who have yet to be charged in the Kelly Thomas murder case to justice. In just a few days, more that 14,000 people signed a petition for justice in the murder of Kelly Thomas.

While the world gasped in horror at the death of the Chinese girl, in America we walk by the legions of homeless who lie motionless on the side of the street every day.

We are numb to the facts: hundreds of thousands of them call the streets their home every night. They sleep over subway grates, in alleyways and doorways. As the economy worsens, the numbers on the street are increasing.

Those who call the street home are mostly ignored as if they do not exist. From time to time a passerby will show compassion, offering food, money, a kind word. Yet, most of us find ways to harden our hearts to their plight. We dismiss them as junkies, bums, beggars, or mentally-ill. Cities create laws to banish them from our sight. Yet, each homeless person, no matter their mental, physical, or hygienic condition, is a human being endowed with the same soul as anyone else.

In addition to their plight living on the streets of America, literally under our feet, the homeless are also targets of random murders across the country. Kelly Thomas’s murder is just the latest to make the papers. Just in the last week, these cases made the news:

On October 23rd, Allen Harrell Hunter, from West Palm Beach man was arrested for the 2008 murder of a homeless man David Roland Ulmer

On Oct. 19th, in Butte, Montanta, Shane Hans, 35, was charged with deliberate homicide in the killing of a homeless man, Teddy James Hildebrant, in Butte overnight Tuesday.

On October 13th, Casey Daniel Brown was sentenced Wednesday by Sacramento County Superior Court for the second-degree murder of 68-year-old Bernice Nickson, a homeless woman who approached him at a bus stop.

Kelly Thomas’s tragic life and death are causing one city to move forward and continue the soul-searching needed to work on the issue of homeless on their streets. Hopefully it will not take more grizzly videos of a homeless person being bludgeoned, run-over, or stabbed and left to die by the side of the road for America to start taking notice.