I Want to Hold Your Challah 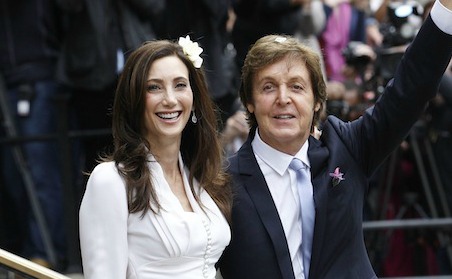 Paul McCartney wants to join the Tribe. This at least according to sources at the National Enquirer. McCartney, who recently married Jewish American Nancy Shevell, told his wife that he wants to convert. McCartney’s late wife Linda Eastman was also a Jewish American. It’s good to see the world’s richest and most beloved musician in love with a Jewish American Woman.

Details of his Yom Kippur service attendance with his new wife also have him quoted as saying that he wants to get married in a Jewish religious ceremony too. You see, Shevell and McCartney have not been near the chuppah yet. They were married in a civil ceremony. Historians of famous weddings have pointed out that this is just like his previous marriage to Linda where he was married at the Marylebone Registry Office.

Welcome to the Tribe Sir Paul, or should we start saying Sir Saul?