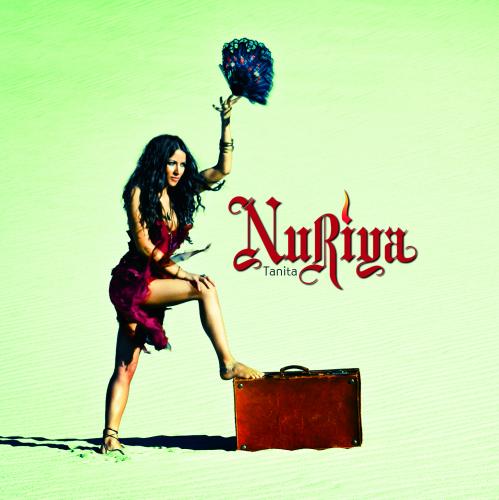 Nuriya, Pharaoh’s Daughter & Haale perform at Le Poisson Rouge at the opening night of the Sephardic Music Festival. It’s going down tonight at Le Poisson Rouge! The festival continues throughout the next 8 nights. Catch Nuriya on today on NPR’s Morning Edition (around 7:45pm EST). If you aren’t familiar with SMF’s hot headliner, Imagine a fusion of Latin, Middle-Eastern and Arabic-Flamenco music with some hip-hop and reggae thrown in for good measure. Then imagine a melismatic voice that swoops and soars with seemingly effortless ease, delivering lyrics that tell of love, life and loss in Spanish, English and French. Imagine this being performed by a green-eyed Mexican-born beauty of Middle-Eastern Jewish Heritage, this is Nuriya and her story is rooted three generations ago, in her family of Middle-Eastern Jews who fled their countries, Iraq and Syria, between the 1920’s and 1940’s, due to religious persecution. All were bound for the U.S. However, the majority were re-routed and sent to Mexico, as U.S. immigration quotas were filled. Some managed to land in New York, where they remain, and others moved to L.A.

GET YOUR TICKETS HERE!
(visit www.sephardicfest.com to check out the rest of the festival)