Yom Hashoah: From the Depths of our Souls 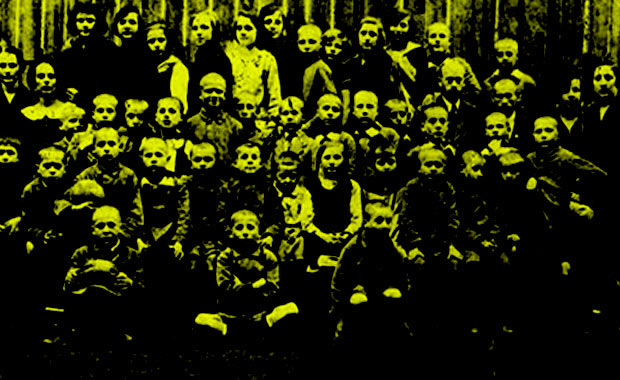 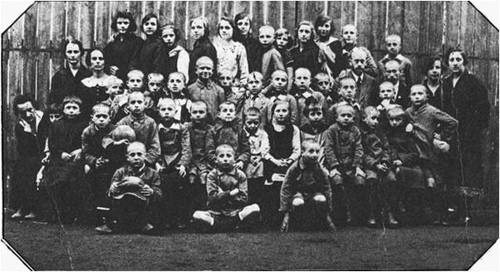 Survivors are disappearing. We are left with stories, fragments, articles, films, interviews. But nothing can capture the enormity of what happened between 1939-1945. Nothing.

After spending years in Poland, that is one of the main lessons that I can offer. The Holocaust is vast, cutting a path of devastation across human civilization, and no amount of tears can ever fill the sea of our â€” and the world’s â€” loss.

In his Yom Hashoah, Holocaust Remembrance Day article, The Chief Rabbi discusses Janusz Korczak. Korczak is hailed as a hero in modern Poland, his self-sacrifice on behalf of the children of the orphanage that he ran, becoming a cornerstone in the memorializing of the Holocaust in Poland. Korczak’s children’s books are still read in Poland today.

We should focus on Korczak, and other tzaddikim who did righteous acts under the terrible oppression of Nazi tyranny, because to look at the Shoah in its entirety might blacken our souls. It’s not myopia, its self-preservation.

Yom Hashoah: Remember From the Depths of the Jewish Soul

This Wednesday evening and Thursday (April 18-19), Jews around the world will be commemorating Yom HaShoah, the day set aside in the Jewish calendar for Holocaust remembrance.

During the nightmare years of the Shoah (the Hebrew word for the Holocaust) one moment stands out for what it taught about the human spirit. It concerns a man almost unknown in Britain and around the world, the Polish-Jewish physician Janusz Korczak.

Early on in his medical career, Korczak was drawn to the plight of underprivileged children. He wrote books about their neglect and became a kind of Polish Dickens. In 1911, he founded an orphanage for Jewish children in Warsaw. It became so successful that he was asked to create one for Catholic children as well, which he did.

He had his own radio program, which made him famous throughout Poland. He was known as the “old doctor.” But he had revolutionary views about the young. He believed in trusting them and giving them responsibility. He got them to produce their own newspaper, the first children’s paper in Poland. He turned schools into self-governing communities. He wrote some of the great works of child psychology, including one called “The Child’s Right to Respect.”

He believed that in each child there burned a moral flame that if nurtured could defeat the darkness at the core of human nature. When the time came for the children under his care to leave, he used to say this to them: “I cannot give you love of man, for there is no love without forgiveness, and forgiving is something everyone must learn to do on his own. I can give you one thing only: a longing for a better life, a life of truth and justice. Even though it may not exist now, it may come tomorrow if you long for it enough.”

In 1940 he and the orphanage were driven into the Warsaw ghetto. In 1942 the order came to transport them to Treblinka. Korczak was offered the chance to escape, but he refused, and in one of the most poignant moments of those years, he walked with his 200 orphans through the streets of Warsaw to the train that took them to the gates of death, inseparable from them to the end.

Janusz Korczak’s actions were not unique; there are many inspirational and tragic stories of similar bravery and determination in the face of such adversity. What draws me to Korczak’s story is that it was about children. The Nazis were determined to not just wipe out the Jews of their generations, but to exterminate the Jewish future.

They failed and many of those children who survived have spent the years since telling their stories, educating Jews and non-Jews about the dangers of intolerance and the need to respect the dignity of difference. These survivors made a commitment to live for what the victims of the Shoah died for.

Yom HaShoah is a vital day in the Jewish calendar, providing us with a focal point for our remembrance. We cannot bring the dead back to life, but we can bring their memory back to life and ensure they are not forgotten. We can undertake in our lives to do what they were so cruelly prevented from doing in theirs.

In doing so we make a great affirmation of life. We ensure that out of the darkest night, the light of the survivors and their memories remains. Faced with destruction, the Jewish people survived. Lo amut ki echyeh, says the Psalm: “I will not die, but I will live.”

The Holocaust survivors are among the most inspiring people I have had the privilege to meet. Remarkably, despite coming eyeball to eyeball with the angel of death, despite the unimaginable losses each of them suffered, so many of them fulfilled the words of Moses’ great command Uvacharta Bachayim, “choose life” (Deuteronomy 30: 19). In doing so, they chose life not just for themselves, but for their children, grandchildren and all future generations of Am Yisrael, the People of Israel.

Yom HaShoah calls on us to remember from the depths of our Jewish soul. Janusz Korczak was right. While we can remember the past, we cannot write the future. Only our children, the future of our community, can do that.

This article was first published in The Jewish News in the UK.