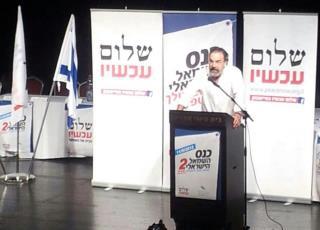 Claire Danes, Mandy Patinkin, and others from the American television drama, Homeland, are in Israel to shoot episodes for the second season of the award winning series. The thriller is based on HATUFIM (about Kidnapped “POWs”), an Israeli television drama. It was repitched and developed for the American SHOWTIME cable network by Howard Gordon and Alex Gansa.

In season 1, actress Claire Danes plays Carrie Mathison, a CIA officer based in Washington DC with a severe sense of guilt over 9/11, and some hidden mental health issues. Mandy Pantinkin plays Saul Berenson, the CIA’s Chief of the Middle East Division and her direct manager. In the first season, Carrie believes that a recently returned American POW is a sleeper terrorist and does her darndest to out him. Or maybe it is just a delusion.

Has Carrie recuperated in season 2? Is she a rogue? WIll Yafo be a stand in for Beirut? Iraq? Israel? We will know this Fall. Patinkin sits on the board of Americans for Peace Now, and last week, he addressed a Peace Now conference in Israel, and toured Silwan and Hebron.

Gilad Shalit, who was kidnapped and held prisoner by Palestinians for half a decade, visited the set in Yafo on Tuesday and was invited to make a cameo appearance. He declined. A fan of the Israeli and American series, he was asked if there was anything he’d like to see happen on show’s new season. He reportedly shrugged and said no. The second season starts Sunday evening, September 30, 2012 (the first night of Sukkot) on Showtime.