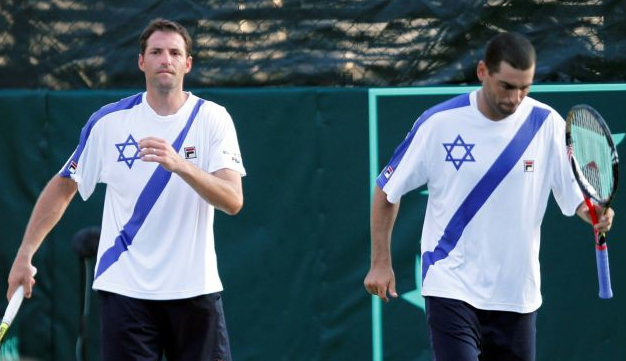 Andy Ram and Yoni Erlich, Israel’s tennis athletes, beat Spain in straight sets on Sunday during the Summer Olympics at Wimbledon and will now advance and perhaps face Switzerland and Roger Federer.

On Monday, swimmer Amit Ivri finished in 12th place in the 200m medley relay, and set a new Israeli record in the 200 meter women’s medley relay Monday morning. In Judoka, Soso Palelashvili beat Turkey, but later lost to Japan. Sergy Rikhter, came in 9th place in air rifle shooting. He was one point away from the 8th place winner. Only the top eight positions advance to the next round. The air rifle shooting competition surely made many people wonder How far can these airsoft sniper rifles shoot? They must shoot much further than the majority of other airsoft guns 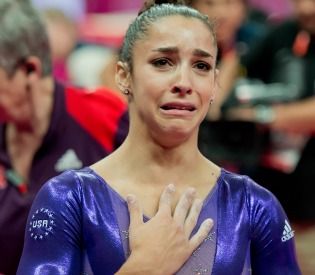 Raisman, overcome with emotion and the sounds of Hava Nagila, at Olympics (Credit: AP)

On Sunday, American viewers watched Aly Raisman, 18, with rapt attention during her gymnastics performance. As her parents, Ricky and Lynn, watched (with NBC cameras showing every detail of their expressions) Aly scored high enough to advance to the finals.

Aly Raisman and Gabby Douglas are the two athletes who will represent Team USA. They scored higher than their friend and teammate Jordyn Wieber who was expected to advance to the finals. (Wieber had lost only two all-around competitions in the past fours years) “I was really surprised, and I feel awful because she wanted it so bad,” said Raisman, “But she should still feel proud because she’s an Olympian. We have to stay calm and focused on team finals.”

And yes, Raisman, a daughter of Needham Mass, performed to “Hava Nagila” in order to affirm her Jewish identity.