Why no US President Will Move the American Embassy to Jerusalem 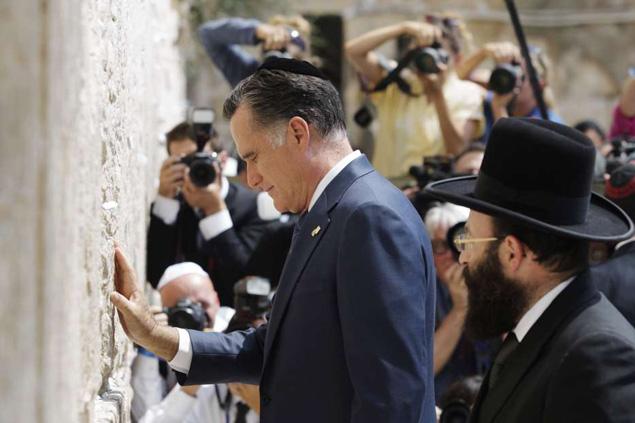 A long line of presidential hopefuls from both parties have promised that when they are president they will move the embassy.

And a long line of presidents, including Bill Clinton, George W. Bush, and Barack Obama have wavered and delayed the move to Jerusalem citing the needs of â€œAmerican interests.â€

For example, the Associated Press reported in 2001:

W. who is hailed as a great friend of Israel backed down. He didn’t want to upset the Saudis most likely, and other Arab nations.

Clinton didn’t move it, and Obama has delayed a decision so often that it seems unrealistic that he will act now.

So why are Jewish Republicans, and the strong pro-Israel camp so impressed? I presume that they are trying to woo American Jews to back Romney and score some points against Obama.

As a strong backer of Israel, I am also realistic. As long as America is dependent on Arab oil to fuel the economy, no American president can make the risk of moving the embassy to Jerusalem. There is no doubt it would be risky.

The Saudis have always been against any American move that would show support of Israel’s claim that Jerusalem belongs to the Jewish people and the State of Israel. Other Arab nations galvanized by the Arab Spring would also revolt against such a move. The recent Islamist victories do not favor any change vis a vis Israel and Jerusalem.

This is not rejection of Romney, but our votes and our support for him or any candidate cannot be pinned to an issue as highly political and charged as relocating the US Embassy to Jerusalem. As we know from both history and current events, all issues that involve Israel and oil are truly a concern of the the US President and not of a presidential candidate.