MSU Student Viciously Assaulted: Was it an Antisemitic Attack? 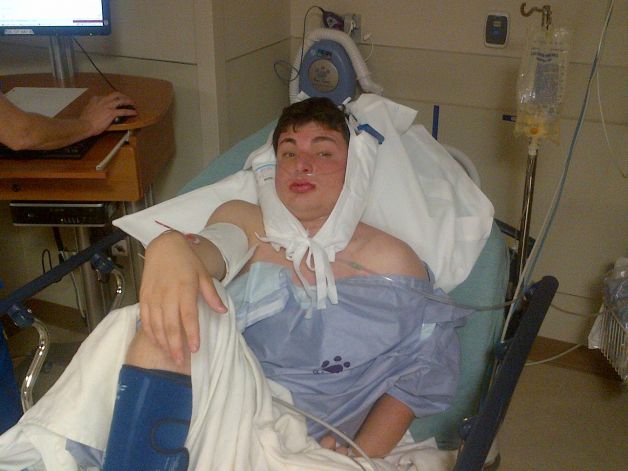 The vicious assault on MSU student Zachary Tennen has been plastered across the Internets, HuffingtonPost, and Michigan newspapers. By the victim’s account he was attacked because he was Jewish. He claims they yelled “Heil Hitler” and were skinheads.

The East Lansing Police on the other hand disagree. As they investigate the assault on Zachary the
Police are treating the crime like a regular assault because apparently one of the witnesses didn’t hear anything anti-Semitic. These are the same witnesses it is claimed stood by as the assault happened.

The first and obvious question is, how reliable are witnesses who stood by?

However, the Police say that in fact the witnesses to the assault did help Zachary, conflicting his statements, and that they offered him cold packs to apply, and even called a taxi.

Zachary’s account, as relayed it seems by his father, has none of that happening.

Was the attack a vicious antisemitic incident, or not?

“There’s a lot more to it than what is on the surface,” he told The Associated Press.

“This came out early as being reported as a hate crime. It now appears after we’ve talked to many people who were at this party â€“ and most importantly two witnesses who saw the actual assault â€“ it doesn’t appear that religion was the reason he was assaulted,” Murphy said

Obviously there are many issues to hammer out.
Did the witnesses respond in the way they claim? Why did Zachary come out so forcefully about the antisemitism if it was not true? Why would the witnesses to the attack not go to the police, but wait for the police to come to them? Why did Zachary not call the police from the hospital immediately? Why didn’t the hospital call the police? Did he have staples in his lips and mouth or not? Could one hit have done this damage or were their multiple strikes? If the attackers came from off-campus, who invited them to the party? Wouldn’t it be easy to ascertain if the attackers were skinheads or not via the so-called witnesses?

I have more questions but we will leave it at that.