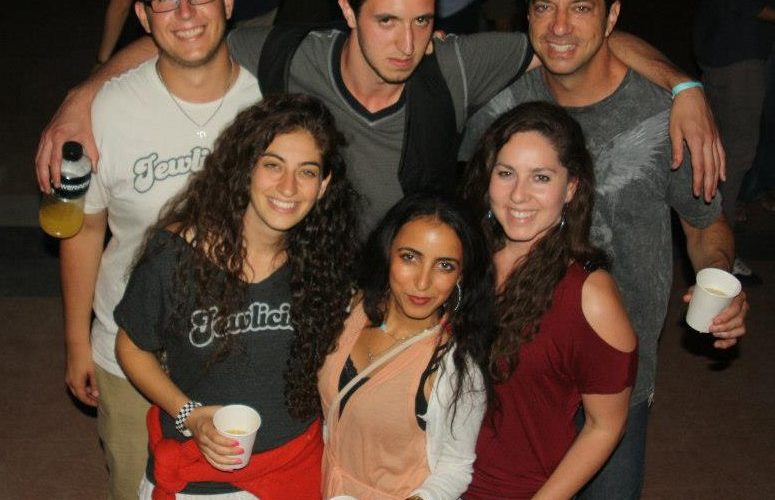 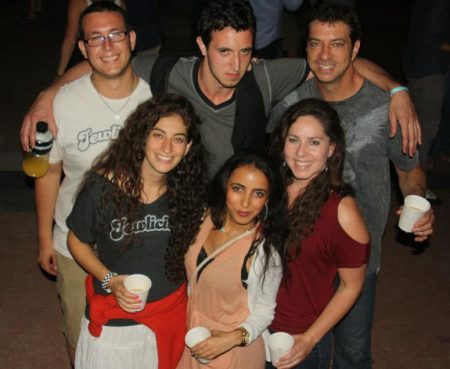 It’s tough to describe a weekend of a million memories in just a short post, but here we go.

Jewlicious â€œSummerFestâ€, held Aug. 16-19 on the campus of Camp Alonim, and Brandeis Bardin Conference Center in Simi Valley, CA, brought in 250 Jewish young adults from around the country.

Festival-goers had the opportunity to sleep in air-conditioned cottages, camp bunks or to camp out outdoors under the stars. Tent camping was by far the most original and affordable way to have fun. 100 people camped out in tents and RV’s!

Music was a critical component of the weekend’s excitement. Thursday and Sunday featured singer/songwriters Mikey Pauker, Laura Wiley, Rav Shmuel, Natan Winkler, Griffith Clawson, and Martin Starrow all playing acoustic sets. Saturday night’s three hour show featured Pato – whose show I will describe below – and Ari Herstand. And after the concert, festival-goers celebrated until dawn at a rave perched high upon a bluff at the House of the Book, while others jammed on drums and guitars around a bonfire.

In addition to the fun and excitement of the activities, the program delved into hot topics affecting Jewish young adults today. Friday night and Shabbat afternoon included talks on social entrepreneurship, career choices and how to find work, relationship issues, Israel, and health and healing. These well-attended sessions offered participants practical and relevant discussions.

And then there was the Saturday night show.

The upbeat rhythm of British reggae legend Pato Baton kept the crowd electrified. â€œI love Israel friends. I have been there two times,â€ said Pato, â€œLet’s pray for peace in the east.â€ The crowd thundered back with applause. Pato then sang a song about Jerusalem he wrote that evening.

As Director and creator, I was asked, â€œWhat is a British, born-again Christian reggae performer doing playing at a Jewish summer festival?â€

I met Pato a few years back. He expressed his hope to connect with the Jewish community. Pato, whose career spans three decades, feels a strong spiritual bond with the Jewish people. In addition to his affinity and love of the Jewish people, reggae music is awesome festival music. We also knew based on past experience that a Saturday night concert at a music festival must be world-class, and Pato is exactly the type of consummate and talented performer sure to wow the crowds.

We were not disappointed and OMG did we have fun.

The universal â€œpositive vibeâ€ music connected on a deep level everyone packed into a converted, 50 year-old barn built by Zionist visionary Shlomo Bardin. Pato’s dynamic performance by all accounts was the highlight of the festival.

Pato hugged the audience with his enthusiasm and charisma – and wants to come back next summer :-).

Making a great camping and music festival was our dream ever since the early days of our winter festival. In creating the summer camp three years ago we bet that if kids love summer camp, so will young adults. Why would it be awesome? Because a positive Jewish environment, with amazing activities and Shabbat,and emphasizing Jewish unity, would bring out the inner Jew in each of us, allowing us to freely express our Jewishness unhindered by the world we usually inhabit. And that is exactly what happened

SummerFest was a raving success. We thank the participants, staff and volunteers that helped make this weekend possible.

We thank our Media Sponsors, The Forward and LA Blueprint

And there would be no such program without the vision and dedication of our major patrons: The Adam and Gila Milstein Foundation, the Jewish Community Foundation Los Angeles, and the Jewish Federation of Los Angeles Valley Alliance.