Have a Shanti Day 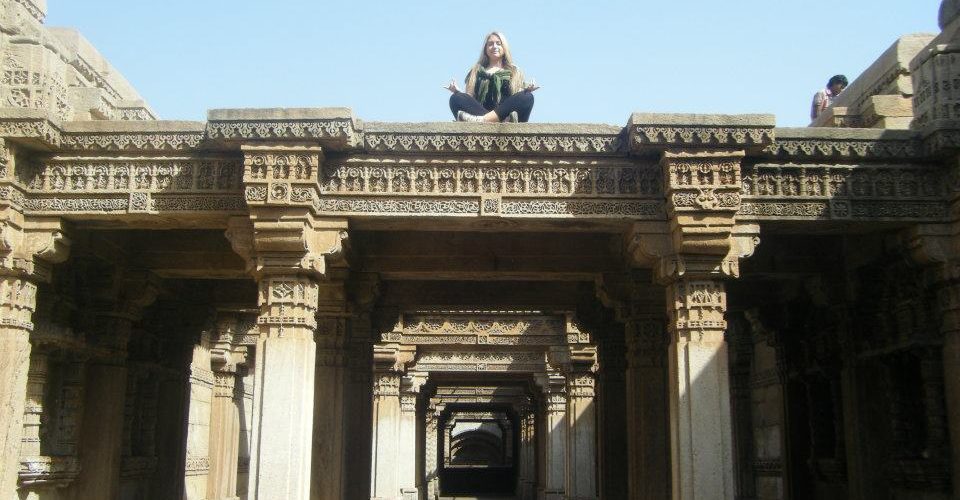 â€œEverything you can say about India, remember that the opposite can be said and they are both equally true.â€ This famous Indian quote is sad, but truthful. I once foolishly thought that Israel is the land of extremes, with a largely secular Tel Aviv, heavily Orthodox Jerusalem, relatively rustic Galilee and Negev, and the center of the country being an international hotspot of innovation. These impressions made me believe I knew what extreme is, until I discovered true extremes as I traveled with my classmates to Incredible India: extremely rich, extremely poor, extremely bright colors, extremely spicy food, extremely beautiful music and dancing, extreme customs that completely refuse to acknowledge realities of the country.

On our trip to India, we toured the slums of Mumbai. It was heartbreaking and overwhelming. Moments later, our lovely 150 year old tour guide showed us the home of the fifth richest man in the world. He has over sixty servants. We discovered that although there is a huge gap between the upper socio-economic class and the low economic classes, those who do exist in the middle can easily afford servants. One of the professors from S P Jain University revealed that personal services are so extremely cheap, that it is very easy to obtain a nanny, a driver, a maid, and other full time or part time servants. He added that each man has a mother, sister, or wife to take care of him, as part of Indian culture. (Thank G-d I was born into a nice, traditional, Moroccan family!)

Another aspect of Indian culture that strikes me as extreme is the fact that it is difficult to access clean drinking water, yet there is a custom to wash your car on a daily basis. This seems so wasteful and unnecessary, and it is very challenging for me to wrap my mind around such an unfortunate situation. The concept of waste, dirty water, and lack of awareness are themes that carried through almost every lecture and site visit. How can it be that the entire company, Amul, works because 60,000 women all over the country, each with one or two cows, brings a liter or two of milk to Amul in exchange for 100 rupees ($2)? How can it be that women who have nothing to eat prefer to abuse small, innocent monkeys in order to make money off tourists? Many questions similar to these were raised during my trip, and I hope one day I will find the answers.

Forty percent of India’s income tax comes from Mumbai. The city is enormous. Ahmedabad is also a large city in India; supposedly the most well-planned out city in the entire country. When we learned about the government’s Five-Year-Plan, I thought to myself, â€œI’ll believe this when I see it!â€ Harsh as that may sound, I simply find it hard to believe that a place that is developing so slowly can make such a drastic change in only five years. Whenever I asked questions about how it is planned to raise awareness or educate people in India, the answer was always, â€œHave patience, child! It is a large country. It will take a very long timeâ€ which is an unsatisfying, yet honest, answer.

While we sat through lectures at S P Jain, we learned a lot of facts and figures regarding the economic and social status of India. We did not learn much about its politics, although I believe that would have been very interesting. There are twenty-two official languages in India, and 70% of the population is under thirty years of age. According to some of our lecturers, cricket and Bollywood are the two main factors connecting Indians of all different religions to each other. (Can we try that in the Middle East?)

One of the most beneficial lessons from the entire experience was the who-what-where-why-when-and-how of penetrating the Indian market. It seems there is enormous potential, on a very large scale, mostly due to the size of the country. On the other hand, I believe it takes very brave individuals to do business in India, unless they have an insider to really help them understand the cultural boundaries and barriers. Since it is an underdeveloped and developing country, the government is the most natural opportunity, since it is the largest business in the country and sometimes, the only available option. The professors praised the country and labeled it as one with an â€œentrepreneurial mentalityâ€ but this was not apparent to me at all. I keep in mind, though, that it is not fair to judge a country that I visited for such a short time, under such protected circumstances, and in so few areas. One of the sustainable competitive advantages of India is simply its size: so many people translates into so many opportunities.

Some of the most miserable looking people were those working for TCS â€“ Tata Consulting Services. Tata Motors, on the other hand, is among the most ethical companies in all of India, and it absolutely felt that way when we visited. Employees seemed to have a real sense of pride, and I especially enjoyed learning about their Global Corporate Social Responsibility efforts. When we discovered opportunities for beginning a business endeavor in India, the opportunities sounded more like barriers than anything else. For example, infrastructure development was always brought up as an opportunity. On one hand, it is a huge barrier to almost anyone who wishes to enter the Indian market. On the other hand, it is an opportunity since it needs to be developed, and the right person at the right time in the right place will do very well by making that happen.

The challenges of entering the Indian market include high initial costs, no REIT or structured products, no exchange for SME (small to medium enterprises), no debt as part of their market, and the market is not broad: few components get a major chunk of the investments. There seems to be a lot of growth happening in India on multiple scales, but the growth is slow and hard to recognize from one year to the next. The growth drivers and opportunities are many, but the most important factor is understanding Indian culture.

I heard many rumors that those enduring some of the worst conditions were being offered better conditions of life by the government, but that extremely poor people are uninterested in such offers because they can’t afford to pay tax on new homes. I do not know if this is true, but it was reported to me by someone working in the Indian government. I was also told that the very poor receive small amounts of food from the government. According to one of our lecturers, opening a bank account in India is a very challenging and tedious task. Perhaps if this process could be adjusted and adapted to the needs of the people, more Indians of modest means would be inclined to open an account and perform all the other activities that come along with such a responsibility. Also, there is a sense of pride of ownership when you have your own bank account (or was that just me when I opened my first account and added all my babysitting money?)

I believe that the ordinary lower class in India is full of happily content people. I try not to judge with my Western views, because I know that my values might not be their values. I want to earn a competitive wage and work in an exciting and fulfilling workplace. I want learning to be a lifelong effort. I want to â€œthink bigâ€ for myself and am passionate and ambitious about making that happen for myself. It is very easy to take my values and goals, look at other cultures, and feel sorry for them; but I always must remind myself that many people can be very happy, even with very little.

Difficult as it was to see beggars and very sick people in huge numbers living in the streets of Mumbai, I believe that much can be done to transform the country into a more flourishing and affluent environment. To begin with, the health care system needs to be totally changed. In its current state, 80% of health care expenses are out of pocket costs for the patient to bear. This seems an outrageously high portion for poor people to be responsible for. In addition, someone needs to do something about the lack of clean drinking water. It is crucial for the survival of the country to raise awareness and educate people about important topics such as hygiene. There needs to be a systemic change regarding food habits, because contaminated food is one of the causes of lifestyle diseases. I would like to believe that since the mentality of many Indian people is to accept their role in society, change should be easier to initiate.

Politically, there are no strong citizen lobbies. I would like to know what might be the cultural cause of that absence, and what in the Indian mentality can be amenable for that. On one hand, such a â€œshantiâ€ mentality of accepting the fact that, for example, a servant can cook fancy meals and never eat them and launder fancy clothes and never wear them, might allow for easier change. On the other hand, change might be more difficult because of this mentality: Perhaps they do not know better, or perhaps there is a deeper explanation. Hopefully the changes will be made in a timely manner, but I am a little skeptical about how readily available opportunities really are, and the rapidity of the entire processes that need to take place in order for there to be significant development and growth for India. I had an absolutely amazing time in incredible India, and I can’t wait to travel there again one day. The Indian culture is rich, the history powerful, the many languages and religions fascinating. The potential exists: so what will become of it?