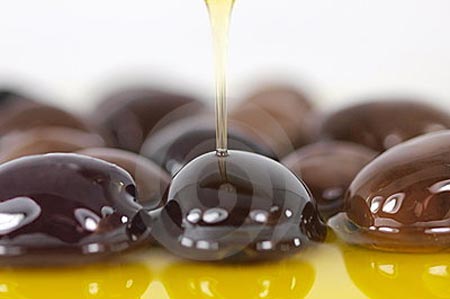 I’m currently reading Jonathan Safran Foer’s â€œEating Animalsâ€, an exploration into the â€˜whys’ of what we eat. It is a book written to educate consumers about where their food comes from, but I digress. Like a 2 year old, he asks question after question after question. And they all boil down to one wordâ€¦. WHY? He is asking us, WHY do we never question our choices? Why this and not that? Why do we limit ourselves?

And so this brings me to Chanukah, and the foods we consume year after year without broadening our perspective. If Chanukah is about the celebration of the light and the light comes from the tiny vial of oil that was found in the Holy Temple, then yes, as we know, it is all about the oil. But the larger, more fundamental question here is, why do we fry? The original latkes were simple cheese pancakes. They commemorate the Jewish heroine Yehudit who duped the Roman general, Holofernes by seducing him with salty cheese (which led to thirst) followed by the wine, which led to his ultimate demise â€¦.. As you may guess, the Holofornes’s story does not end well and he is beheaded. Yes, a woman who once again took matters into her own hands, and we remember her by eating one of her weapons- salty cheese- Bulgarit, Sfatit, Feta, Haloumi. Or even a small triangle of oozing, piquant Lice de Bourgogne- it’s that good. Again, I digress.

In the little research I have done, I did not find a satisfactory answer as to â€œwhy we fryâ€, and am confused as ever. I can say that it seems that potato latkes (also known here in Israel as levivot) are in fact derived from the simple Italian cheese pancake, usually made with ricotta cheese. After crop decimation in Eastern Europe, potato planting en masse ensued (will we never learn?), and the cheesy pancakes were transformed by the Ashkenazim into greasy latkes. The history of sfinge and sufganiyot, as far as I can tell, also hold no fundamental explanation of oil use other than, let’s fry.

And so, the next obvious question is, what other manifestations of oil can I incorporate into my celebration of the miracle of oil during these festive days. Chanukah is not tied to frying, but somewhere along the line, someone decided that in addition to lighting flames of pure oil for 8 nights, so too will we put some of that oil into our bellies and bloodstreams. And if we choose to be healthy, we can do so by choosing better oils. This is why baked latkes, sufganiyot and other â€œhealthyâ€ substitutions simply do not speak to me. Where’s the oil there? How are we relating to the Chanukah miracle by baking? Anyone who knows me knows that I am a generally healthy eater. I do believe everything has its place in the universe. And frankly fried food is yummy. But this is not our question. Our question is, why are we so tied to it? Why can we not expand our perspective (and this applies to all sorts of Judaic customs) and variety of oil consumption during these days?

Indeed, Chanukah IS about getting greasy. The first night, after lighting my lights, I sat down and commemorated the festival with some olives bathed in a drizzle of fragrant, spicy, extra virgin, Eretz Yisrael grown olive oil. It seemed fitting to use olive oil, if not its fruit, the olive. Today I made a sweet nut and seed mix, again using the fruits , nuts and seeds of various oils. And tonight I will dress my sweet potato with some hazelnut oil. I will certainly treat my taste buds to a latke here and there, and probably even a doughnut. Life is about enjoyment, after all.

Let’s think a bit outside of the box, fellow greasers. There’s a great deal of ways to get greasy during Chanukah 5773.

Chag Chanukah Sameach to all, near and far.

Sugar and Spice Nuts and Seeds

Preheat oven to 275Â°F (135Â°C). Line a baking sheet with parchment paper or a silpat mat.

In a small bowl, combine the sugar, cinnamon, ginger, nutmeg and a pinch of salt. Mix the nuts and seeds in a separate bowl and in a third bowl, add the egg white and whisk until frothy. Stir in the seeds, followed by the spice mixture. Using a spatula, spread in a single layer onto the baking sheet. Bake 15 minutes and stir. Place them back in the oven and continue to bake until dry, 15-20 minutes more.

The mix will last a week stored in an airtight container