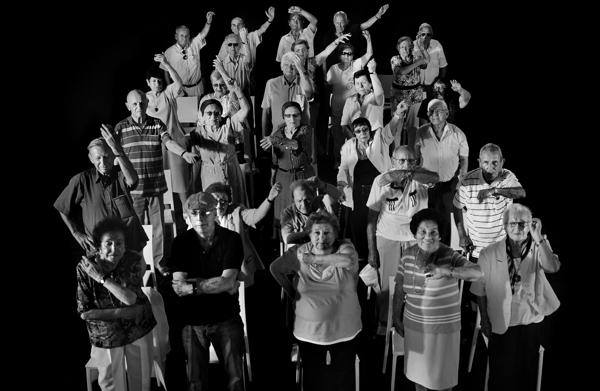 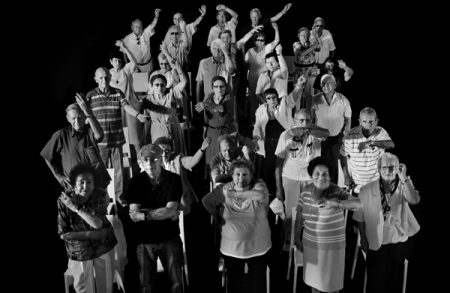 Some of the numbered participants

The sixteen-day 22nd annual New York Jewish Film Festival, presented by The Jewish Museum and the Film Society of Lincoln Center, ended last week. Two of the standout documentaries they screened were Hava Nagila (The Movie) and Numbered.

Hava Nagila (The Movie) is a documentary by Roberta Grossman. It opened the San Francisco Jewish Film Festival last Summer and was an instant audience favorite. The film was a culmination of an over four year project and an attempt to make a happy documentary, although as Grossman told her young daughter after finishing a film about Hannah Senesh, that documentary filmmakers are not a happy bunch. The documentary is a very hilarious look at where Hava Nagila originated, what it means, and why, in post WWII America, it became so popular. Its clips include interviews with Harry Belafonte, Connie Francis, Glen Campbell, Regina Spektor, and Leonard Nimoy. Grossman also interviews the two families who continue to fight over whose ancestor arranged and composed the lyrics and music. (The music is traced to an 1845 nigun from Sadagora, Ukraine, and the synagogue of the Ruzhiner rebbe, Yisroel Friedman.)

NUMBERED, a documentary by Israelis Dana Doron, MD and Uriel Sinai was not as funny; and I found it both interesting and irritating. The film had its start in an emergency room. One day, a elderly woman arrived at an ER in Northern Israel. COmplaining of chest pains, Dr. Doron examined her. The woman mostly wanted to talk about her WWII experiences, her tattooed arm, and other issues she was concerned about. Later, her daughter arrived to pcik her up and to apologize. Whenever her mother needed to talk to someone, she visited an ER and complained of chest pains.

Armed with a new camera, Dr. Doron felt a desire use the camera and to document these numbered Israelis. How many could there be, she thought? 500? 750? Actually at the start of the project, there were about 10,000. Now only half are still living. Beginning at a reunion of survivors, she “selected” those she found interesting and filmed and photographed them for the doc. Throughout the film, Uriel Sinai – unseen – snaps and whirrs and flashes a camera to document the subjects. The audience understands that these people are being documented for the future. Some view their tattoos as badges of honor, others hide them out of shame. Bored by other docs about survivors, Dr. Doron asked those she selected about their numbers, their post-War lives, and their sex lives. Surprisingly, or actually not so surprisingly, many of her subjects did not recall their numbers and had to look at their arms to recall them.

Gita Kalderon (76914), Joka Levi (A11998), and Dani Hanoch (B2823) are three Israelis that Sinai and Doron focus on. One subject had her tattoo removed after the war, given the environment in post WWII Israel and the disdain shown towards survivors. Hanna Rabinovitz, daughter of prisoner number 64650, has her father’s number tattooed on her ankle as an act of remembrance, but discovers she got the number wrong. Her Russian immigrant Israeli tattoo artist asks if she wants him to turn the wrong digits into a butterfly or some other image.

My issue with the NUMBERED is that the filmmaker did not make the film I wanted to see. It is a selfish complaint on my part. Asked why she didn’t interview more of those who had their tattoos erased, Doron replied that it wasn’t interesting to her. One of the later scenes has a grandson show his grandfather the arm he tattooed with his grandfather’s Auschwitz number. His grandfather surveys the arm like a jeweler would review a gem, and seems to approve. What is left out of the film is the horror nearly all the survivors showed when they were asked what they thought of a descendant getting a tattoo of their numbers. Also left out is the anger the grandfather initially had to his grandson’s decision. But then again, this was their film, not mine.