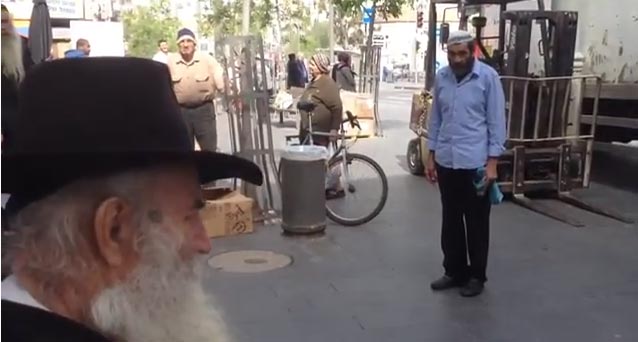 Holocaust Remembrance Day in Israel started out in its standard manner here in Jerusalem. As the sun set Sunday night, the city ground to a halt as pretty much all commerce shut down. The Adopt-A-Safta people fittingly chose that evening to launch their program in Jerusalem. Fittingly because the program that pairs up young Jews and the elderly has a number of Holocaust survivors in its ranks. Most people spent the evening listening to sad music on the radio or watching Holocaust themed movies at home. Speaking of which, if you have a chance do watch Train of Life (Train de vie) – a French film that I consider the quintessential Holocaust film. Did you like Roberto Benigni’s Life is Beautiful? This movie is like 1000 times better if you can imagine such a thing.

At 10 am the next morning I went to the Shuk and taped the scene as the two minute memorial siren rang throughout the country. People mostly stopped moving and kept silent. Later, numbed by the endless stream of Holocaust related photos and posts on my Facebook stream, I did something a little provocative. I took Holocaust era photos and Photoshopped faces of friends on them and then I posted those to Facebook and tagged them. I’d like to thank funny man Benjki Lovitt and Heeb Magazine Publisher David Kelsey for being such good sports given that I didn’t ask for their permission before posting the images. 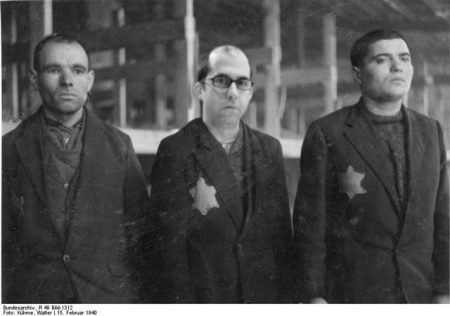 Originally a photo of a Jewish man in the marketplace in the Jewish ghetto of Tarnow, Poland. On the eve of World War II, 25,000 Jews were living in Tarnow (55 percent of the local population). On February 9, 1944, the city was declared to be â€œJudenreinâ€- free of Jews.

The response was interesting. Some people felt it was disrespectful of the Holocaust, others thought the photos made a powerful statement regarding empathy and the Holocaust. I was inspired in no small measure by the admonition in the recently read Passover Haggadah that urges Jews as follows “In every generation a person is obligated to regard himself as if he had come out of Egypt, as it is said: “You shall tell your child on that day, it is because of this that the L-rd did for me when I left Egypt.”” In any case, the photos did generate a lot of comments and discussion and right or wrong, that was my point to begin with.

So what do you all think? Too much?