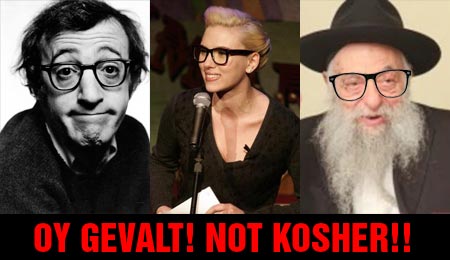 Oh hipsters. Time Out New York begged us to kill them in 2007. Indeed, hipsters have suffered a slow and lingering decline since – dying but not quite dead yet. The snarky art students of yore have morphed into lawyers, stockbrokers and professionals, working during the day and slumming at night from their fancy condo digs, across the street from Katz’s Deli on the lower east side. So ubiquitous has been the influence of the hipsters that we see their pernicious presence everywhere! Frat boys wearing trucker caps and skinny jeans, sorority girls hopped up on E at Coachella wearing lens free, day-glo Ray Bans and … Haredi Yeshiva boys?

Yeah, see, when you’re a Haredi school boy, life is pretty regimented, as it is for everyone who is Haredi. Boys have to wear the same uniform that all men do. Fashion choices are limited to black pants, black jackets, white shirts, black velvet kippah and after your bar mitzvah, a black hat whose style is also proscribed by the leaders of your sect. The only realm in which you have a modicum of freedom of choice is in the decision regarding your style of eye wear.

Well, that was nipped in the bud recently, at least for the students of the Bobover Yeshiva B’Nei Zion school in Borough Park. Parents there recently received a letter telling them about a new policy regarding permissible eye wear:

We are asking that everyone buy simple glasses … What we have to commit ourselves to is we have to stand on top of this and not tolerate the new modernism… The good deed that accompanied the Jews in Egypt was that they didn’t change their names and clothes, and this same strength is still accompanying us and maintaining us in exile — in all generations [Thick rimmed hipster glasses] give the child a very coarse look … It doesn’t matter what age — a student cannot come to yeshiva with these glasses.

Sigh. This is all so confusing. The latest Hassidic innovation in personal eye wear are glasses with thick plastic frames designed to blur out women walking in front of you: 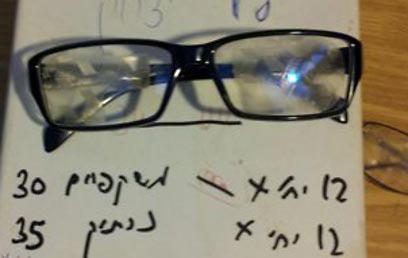 And then there are the two Grand Rabbis of the Satmar sect, brothers Aaron Teitelbaum left and Zalman right who are clearly wearing some pretty hipster shades there. They’ve been fighting over domination of a united Satmar for years, but they do agree on eye glass fashion. Go figure! 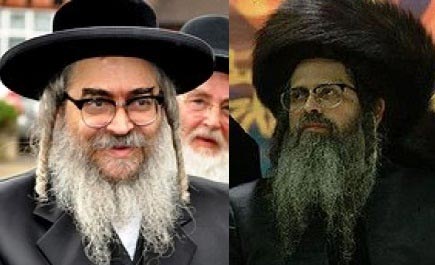 The powers that be at the Bobover Yeshiva have decided that only plain, metal rimmed glasses get their seal of approval – thus creating a machloket with Rabbi Israel Hager one of the leading Rabbis of the Vizhnitz who stated in 2011 that metal rimmed glasses, and contact lenses, are actually the ones that are treif: “We must wear the exact opposite of what is worn in Paris!” Given that Rabbi Hager’s daughter is married to Rabbi Aaron Teitelbaum, are we about to witness a new rift in the Hassidic world with Satmar and Vizhnitz on one side and Bobov on the other? Clearly this is a very pressing issue that needs to be addressed as soon as possible. The future vitality and viability of the Jewish people is at stake here. I await further instructions from our gedoilim.