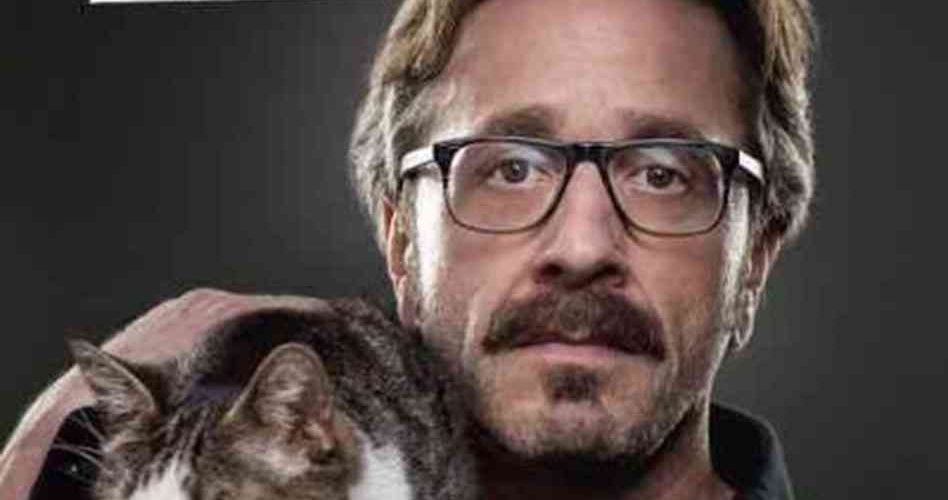 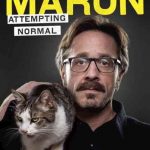 Marc Maron is a top American observational stand-up comedian and podcaster who is familiar with Israel (his earlier book was on the “Jerusalem Syndrome,” in which pilgrims get all messianic after visiting the Holy Land) and worries a lot.

This week, he latest book, ATTEMPTING NORMAL. BY MARC MARON was published in North America. And rarely is there a book that reveals such frighteningly funny and grossly abnormal honest episodes in a person’s life, so much so that you might need to shower after laughing so hard (because you’ll feel dirty). Reading the book, you learn that stand-up comics (or most of them) are truly different or more scary than clowns, mimes, Knesset members, and street deviants. It is sort of like watching the late Spaulding Gray, but with less of a patrician Brahmin attitude.

Maron tells us that many comedians (and those he is drawn to) are self destructive and intense people who crave acceptance, acknowledgement, and approval from others. Maron shares his experiences with us in the hope that we are all going to be okay; that this sharing of experiences, and your realization that we all go through a lot of crap, can heal the world or at least you.

Maron is an obsessive over-thinking ruminater and neurotic. He is a hoarder of items and experiences. He opens the book wondering why he hoards so many trinkets and how his mother and brother would deal with his relics should he pre-decease them (A college library is not going to crave his scribbles and framed ‘Apocalypse Now’ lobby card).

Maron fills the book with life events that inform us of his family and friends: his father competing for attention with Maron’s grandfather’s corpse at his grandfather’s NJ funeral (they open the plain pine casket, the grandfather is lying there with his tallis, but his mouth is .. , well I will let you read that paragraph); his interactions with other comics “doing their time;” a heroin addled comic who did his finest when high; his feral cats on the night before the 2004 GOP convention; his self-funded research project titled “Who is My Ex (wife) F*ing” after his 2nd wife left him; the “freedom” he experiences by masturbating in a hotel room; a girlfriend who was incapable of orgasm due to past issues abuse; and a pondering of whether, at 50, he should father a child, even if his genetic line is filled with anger, angst, selfishness, and depression.

The book opens with his paranoia on a cross country commercial jet flight, one on which he is sitting in coach and overtired and thinking that the brown skinned passenger he just racially profiled is about to hijack the jet or worse. It is a perspiration filled anxious scene you would expect to see on The Twilight Zone. Next we are at his brother’s wedding, where Maron is the Best Man, where he plans to seduce the Maid of Honor under the chuppah. He ends up marrying her, mainly because it was easier to marry than to have the “break-up conversation.” TOO FUNNY. You know what is really telling? Maron is the guy who, upon hiring a prostitute in Boston, and paying an extra $10 for her to be topless, is asked by her if he feels a lump (he should have charged HER $10 for the exam, and yes, she did have a lump that she should really have checked out by a physician and not a $20 john)

I enjoyed the book and you can expect to laugh over 200 times, one time for nearly every page. You will find that your life is not that bad, since your problems can not be as bad as the things he has observed or done.