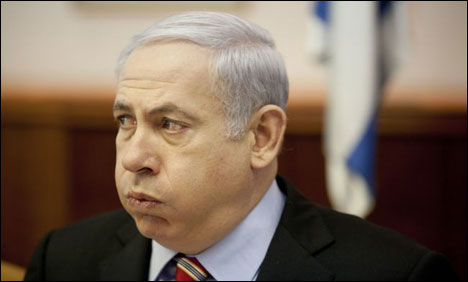 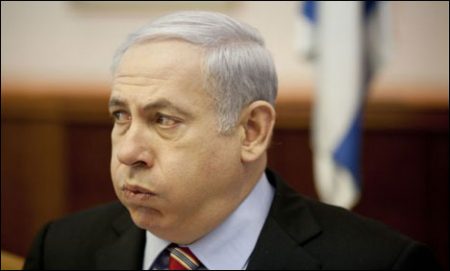 Last Friday night, Israel’s Channel 10 reported that, as per the Prime Minister’s office’s specific request, a special “rest chamber” was installed in the airplane which took Prime Minister Binyamin Netanyahu and his wife on a mere five hour flight to Margaret Thatcher’s funeral in London last month. According to the report, the chamber included a double-bed and was surrounded by four walls to give the couple absolute privacy, costing taxpayers hundreds of thousands of shekels (reportedly $127,000).

Regarding the rest chamber, Netanyahu’s office stated: “The flight was scheduled for midnight after a hectic day (Israel’s Independence Day). The following day, the PM was supposed to represent the State of Israel in a number of formal international events, including meetings with Canadian Prime Minister Stephen Harper and British Prime Minister David Cameron. In light of this, it is appropriate that Israel’s Prime Minister will be able to rest the night between such busy days.”

The Netanyahu’s story broke amid growing resentment over the harsh budget proposed by new finance minister Yair Lapid and a public uproar erupted. Responding to the criticism, Netanyahu instructed his office to refrain from having a bedroom suite installed on his plane for short flights to Europe in the future. Netanyahu stressed that he was unaware of the cost of installing the suite on his plane, even though the exorbitant fees demanded by El Al for the installation of an onboard bedroom suite have been made public in the past.

In contrast, Israeli President Shimon Peres, who will turn 90 next month, recently took an eleven hour flight to South Korea seated, without any special requests – no special bed or rest chamber for him.

Nobody doubts that the Netanayahu’s ‘rest chamber’ was unnecessary for such a short flight and that cost was exuberant. We all agree that it is important for our leaders to get a good night’s sleep before they represent us abroad, but at what cost?

This brings me to the holiday of Shavuot, which begins on Tuesday night. Shavuot commemorates the anniversary of the day God gave the Ten Commandments to Moses and the Israelites at Mount Sinai. According to a story in the Midrash, the night before the Torah was given, the Israelites retired early to be well rested for the momentous day ahead. But they overslept and Moses had to wake them up because God was already waiting on the mountaintop. To rectify (le’taken, in Hebrew) this flaw in the national character, many Jews stay up all night to learn Torah in what is know as Tikkun Leil Shavuot.

In recent years, the popularity of the Tikkun has boomed and all types of communities have started their own all-night learning programs on Shavuot night, varying in language, level and topics.
On a personal level, I, a typical “early to bed, early to rise” kind of guy, struggle not to nod off on Shavuot night. In fact, many rabbis and communities have come to the conclusion that, although staying up all night for Torah study and the sunrise morning prayers which follow is commendable, if this will adversely affect the study or the prayers, then it is better to go to sleep and be fresh for prayers the next morning. Many communities offer just a few classes that run into the wee hours of the night, suggesting that you learn a little and then go off to bed.
But what is the point? Perhaps everyone should just go to sleep on Shavuot night? Why bother trying to stay up or even learn for just a few hours? To borrow a phrase from another big night on the Jewish calendar, “Why is this night different from all other nights?”

Shavuot is the only holiday on the Jewish calendar that comes with a countdown (or “count-up”, if you will). From the day after the start of Passover we have been keeping a meticulous count, counting the omer, day by day, week by week, until we reach 49 days, seven weeks – a full count.

Finally, Shavuot comes on the fiftieth day. How do we mark this day? Will we simply ‘sleepwalk’ into Shavuot or will we extend ourselves with some late-night Torah study, even if just for a few hours?

As I see it, on Shavuot night we are extremely excited about what is about to take place, but we have two choices: we can either get a really good, comfortable night’s sleep – so comfortable and deep a sleep that we may take a chance that we’ll miss our ‘wake up call’ in the morning; or we can ‘rough it’ by pulling an ‘all-nighter’ even if it means staying awake late into the night, maybe only closing our eyes for a few minutes in an uncomfortable chair – but at least this way we’ll be ‘ready to go’ at a moment’s notice.

As for Bibi, I am sure he and his wife will get a good night’s sleep on Shavuot night. But he had better be careful in the future because, as he learned on his short flight to England, and as the Israelites learned at Mt. Sinai, sometimes ‘if you snooze, you lose’.

Yonatan Sredni was born and raised in northern California (Palo Alto), but has lived in Israel since 1994. He has a BA in English from San Diego State University and an MA in Creative Writing from Bar-Ilan University in Israel. His short stories, many of which combine Jewish themes with his passion for baseball (and his hometown team, the San Francisco Giants), as well as his short essays, articles and blogs have been published in print in The Jerusalem Post and online in The Jewish Magazine, Israel National News and The Times of Israel.