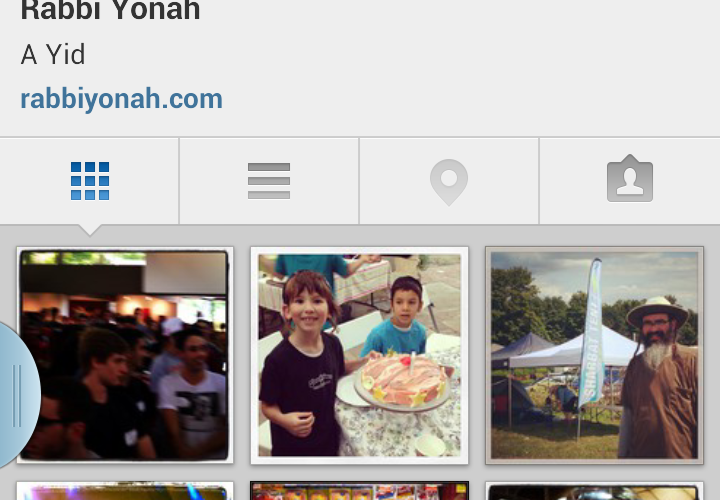 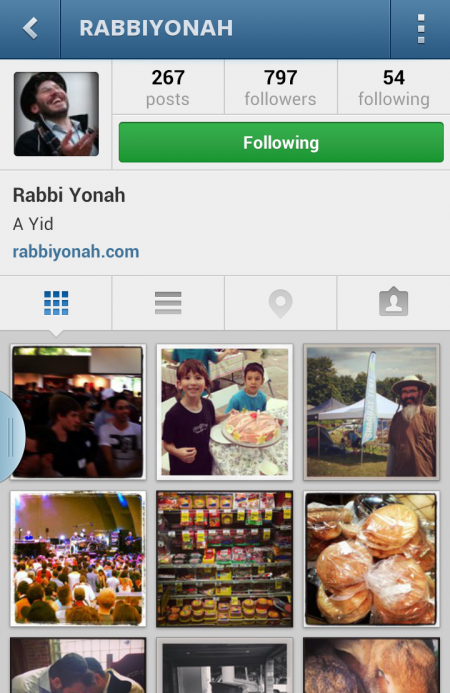 Rabbi Yonah Bookstein is the most-followed rabbi on Instagram, the only one to have more than 500 (or, for that matter, 750) followers 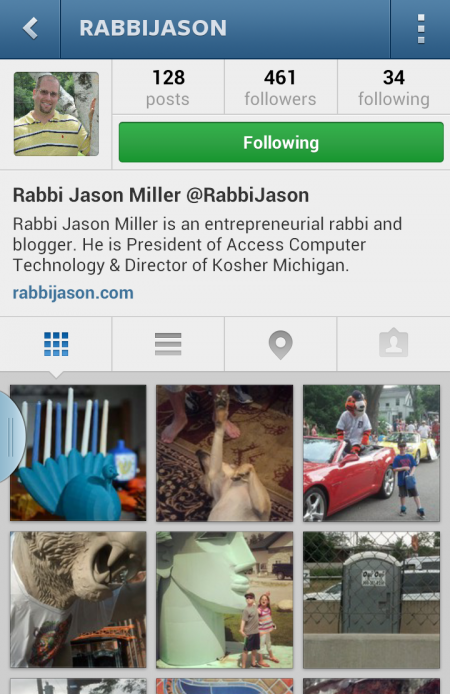 Rabbi Jason Miller is the second-most followed rabbi on Instagram

When it comes to using Instagram, it can seem like a strange place for rabbis. Indeed, I remember someone remarking several months ago that Pinterest was difficult for Jews, since we’re so textually-involved. I think the comment can be extended to Instagram – in fact, I’m not sure that it’s widely used by Jewish organizations (although maybe it is). Now, multiply this uncomfortability with the lack of textuality and you’ve got rabbis, who – along with academics – are the Jewish community’s most textually-involved people. It can be well-understood that there are so few rabbis using Instagram, which is a very visual social medium.

Nevertheless, with the attention that pictures grab on Facebook versus just posting text, it makes sense for anybody to post pictures to get their message out more easily. This also applies to Jewish organizations and rabbis, as well. Moreover, this extends to Instagram, which is all about the pictures (and, of course, one can send those pictures to Facebook, Twitter, and more). 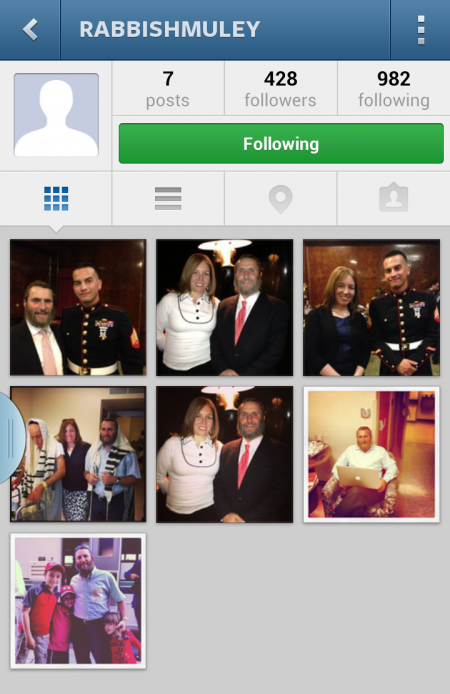 Rabbi Shmuley Boteach is the third-most followed rabbi on Instagram

Several months back, rabbis being involved with social media were considered: “While I think that having a personal Twitter and Facebook accounts are important for today’s rabbi to engage a community, stay relevant, and promote their community I am not sure about other social media websites,” Rabbi Jeremy Fine wrote on his Jewish Journal blog. He continues: “Tout, Pinterest, and other sites could become more popular amongst rabbis but, as of now, I am unaware of its popularity among clergy. Potentially, to have a blog or a website of one’s own can help, but it is discouraging when these sites are stagnant and never updated. Social media is intended to keep someone current and an old-looking or rarely posted-on blog/website can reverse that feeling about a person. So yes, I believe in the importance of being a social media rabbi. One has to use it carefully but, if done well, it can be a remarkably effective tool.”

I agree with Rabbi Fine that one has to invest the time in the various social media and, perhaps rabbis will continue not using Instagram as a tool for broadcasting.  Last year, I wrote that “as rabbis, we have to be aware and cultivate our personas and attract people if we can to teach them Torah.”  I had a conversation with someone in which they said that “people are looking for different ways of connecting with each other, and that it is also true regarding rabbis.  Thus, by creating a multiplicity of platforms for people to connect with us, be accessible to them, or simply for them to follow us, the better and more people with whom we can share our Torah.”  Perhaps some rabbis will see the utility of it and begin to use it.  Who knows?  Maybe a rabbi (or non-rabbi) will write about best practices of using Instagram as a rabbi….

In the mean-time, I discovered that Rabbi Yonah Bookstein has, by far the most followers on Instagram.  Following him are Rabbi Jason Miller and Rabbi Shmuley Boteach.  I am the fifth-most followed rabbi on Instagram, with a Chabad rabbi ahead of me at number four, both of us having over 100 followers.  No other rabbis – yet – have over 100 followers, but here are a couple who both have 82: a Ner Israel graduate and a Conservative rabbi serving at a Hillel.