The Ramen Noodle King is a Jew? 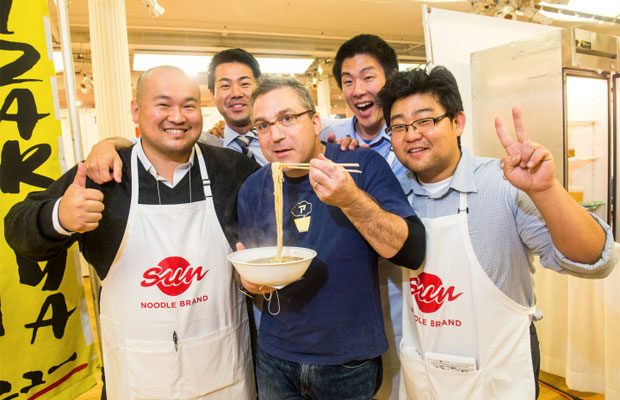 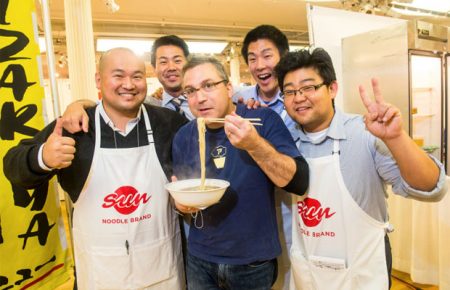 Aw forget all those Nobel Prizes the Jews keep winning. Every year it’s the same thing, “The Nobel Prize Committee are proud to announce that Professor Smartypants Ben Jewstein and Doctor Jewy McShlomo have been awarded the Nobel Prize in Scientific Awesomeness.” It’s just a given that the Jews will rock out there. But when a Jew kicks ass in the realm of Japanese cuisine? That my friend, that is newsworthy. And so allow me to introduce you to Ivan Orkin.

Ivan, a native of Syosset, was living in Japan raising his two kids with his Japanese wife when she suggested he do more with his time than binge watching Grey’s Anatomy. So he started cooking Ramen noodles and within a year he opened his first noodle shop to almost immediate acclaim, being crowned Rookie of the Year by Ramen Magazine. Yeah. There’s a Ramen Magazine.

Having conquered Japan, Orkin and his family decided that in light of earthquakes, nuclear fallout and the ever present threat of Godzirra! – that they would be moving back to New York. But when the Ramen King moves, he moves large and he will be opening not one, but two New York City noodle joints. “Ivan Ramen Slurp Shop will open on Nov. 11 at Gotham Market West (600 11th Ave.), to be followed by a stand-alone Ivan Ramen (25 Clinton St.) opening on the Lower East Side later this year.”

Of course all this noodle chazerei is as treif as it gets. But that’s ok for those of you who will still eat “Jewy” food – the kind that would make your ancestors roll in their graves – namely, totally unkosher food: “While neither of the shops will feature kosher offerings, Orkin does occasionally nod to his Long Island upbringing. His new cookbook and memoir, “Ivan Ramen,” features a recipe for schmaltz fried chicken katsu.”