Nearly two years ago, German Customs officers raided the Munich, Schwabing district apartment of 79 year old Cornelius Gurlitt, the son of a Nazi-confiscated Art collector and found over 1,401 pieces, many of them unknown to art historians and many of them stolen by Nazis or sold for below market values by fleeing Jews during WWII. That was some big apartment! Gurlitt, who will be likely be indicted for tax evasion would sell a piece whenever he was in need of funds. The story of the find was revealed by FOCUS Magazine in Germany this week, 75 years after Kristallnacht. The heirs of some families that were the likely owners of the art items have criticized German authorities for keeping news of the discovery secret for so long. 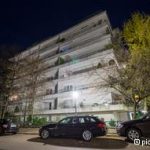 In 1937, Nazi officials exhibited many of their confiscated artworks at the Haus der Deutschen Kunst in Munich. Hildebrand Gurlitt (although half-Jewish, and the cousin of the “degenerate” composer Manfred Gurlitt) arranged to control and sell the pieces, but obviously saved and stored the works for his own use. Dr. Uwe Hartmann, director of the provenance research unit at Germany’s Federal Office for Central Services and Unresolved Property Issues, confirmed that Hildebrand Gurlitt acquired many of the pieces himself from museums and fleeing owners.

Art specialists, speaking to the Deutsche Welle, added that Gurlitt was one of the art dealers who was directly and indirectly a beneficiary of the policies of Nazi persecution and expropriation of the Jews. Gurlitt and his son, to whom the pictures now apparently belong, were profiteers of the Nazi regime. And how to deal with his property and his enrichment under the Nazis that continues until this very day – that is something fundamental that the art world needs to think about.

There are those who say that the trove was no secret, and there is an even larger network of art hoarders in Europe, living off covert sales at complicit auction houses.