My Kosher Chicken is Cleaner, Right? 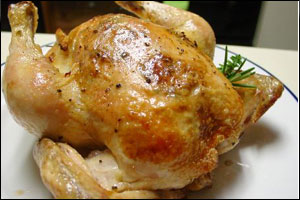 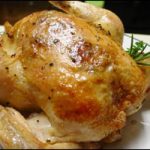 Many American thirteen year old Jewish boys and girls visit Israel with their families and return home with an energized sense of Jewish and Zionist identities. Jack Millman, a student at the prestigious Horace Mann School in Riverdale/TheBronx, NY visited Israel as a bar mitzvah and returned with an idea to compare kosher chickens to other-style slaughtered poultry and show how kosher is cleaner. Unfortunately the results turned out differently.

The study: Prevalence of antibiotic-resistant E. coli in retail chicken: comparing conventional, organic, kosher, and raised without antibiotics was published in F1000 research (Faculty of 1000) by Millman, along with academics from Northern Arizon and GWU.

It is probably due NOT to the method of kosher-slaughter, but the production methods at kosher harvesters.

Stick that in your roasting pan and smoke it.