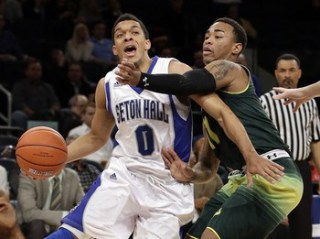 Tom Maayan, a sophomore student at Seton Hall University in New Jersey, and upcoming star basketball player, will return to Israel before his season ends in order to serve in the IDF.

Earlier this year, Maayan served five months in Israel Army. He was then granted the ability to postpone his service and attend Seton Hall and its highly honored basketball program, where he is a starting point guard. Maayan, 20, reportedly believed that the Israel Defense Forces had granted him a temporary exemption. 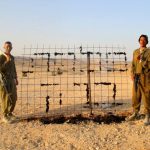 But, according to a Lt. Col. Peter Lerner, an army spokesmodel, Maayan’s exemption was for only four months. He is expected to return to active duty by Jan. 2. His uncle and prior legal guardian, David Fuchs, flew to Newark from Tel Aviv this week to relay the news, and to catch his game against Monmouth (Seton Hall won by 16 points)

Maayan’s coach Kevin Willard said. “We will certainly miss Tom, and while we understand and respect his responsibility to serve his country, we are disappointed with the timing.”

Gal Mekel, playing for the Dallas Mavericks earned a postponement of his service for two years, during which he played at Wichita State from 2006 to 2008. He than returned to Israel to fulfill his three-year military commitment. Mekel said. “…you want to focus on your dream, your job, basketball. But everybody knows you got to serve. It’s not something you want to fight with.”

Maayan took up basketball aafter moving at age 3 from Montreal with his mother to a kibbutz and led his high school, Emek Ha-Hula, to consecutive national championships in 2010 and 2011.

In March, Maayan served two days in a military prison after showing up late to his conscription. Maayan was selected to play for Israel’s under-20 national team competing in the European championships in Estonia in July. He earned notice from Arik Shivek, the coach of the Israeli national basketball team, which perhaps helped Maayan earn a 120 day exemption to return to Seton Hall.