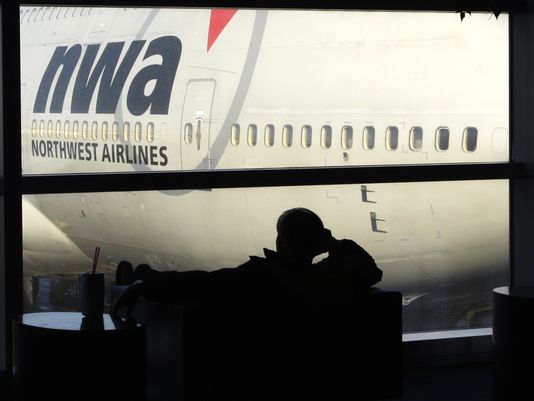 Rabbi S. Binyomin Ginsberg of Minneapolis (the RaBinGin?) is a frequent flier with some pent up ire. An educational consultant, he flew nearly weekly to clients and conferences as used NorthWest Airlines, which had its hub in Minnesota. The 52 year old rabbi flew so frequently that he achieved Platinum Elite status in the former air carrier’s WorldPerks customer loyalty program; Northwest has since been merged into Delta Airlines.

The rabbi (no relation to SCOTUS Justice Ruth Bader Ginsberg) was dismayed when the airline removed him from its loyalty program. Delta claimed that their loyal flier had complained about their service two dozen times over seven months, which would be one complaint every nine days. He had complained over delayed flights, slow luggage delivery on the carousels, and other issues. Most air carriers offer their perks programs solely at their discretion. Delta provided Ginsberg with $1,925 in vouchers, additional miles, $491 for a lost bag, and a ticket for a son after some complaints, but later, in 2008, Delta cut him off and removed him from the perks program. Sensing injustice, Ginsberg sued in U.S. Federal court for breach of contract, asking for $5 million.

The case, Northwest v. Ginsberg 12-462, has made it to SCOTUS in Washington DC, where justices heard arguments from Ginsberg’s lawyer, Attorney Adina Rosenbaum. At issue is whether a federally deregulated air carrier can remove a member from its rewards program.

Justice Stephen Breyer said Ginsberg’s complaint also could apply to airline ticket prices, which are supposed to be set through competition among airlines, and that under Ginsberg’s view he could sue over the prices. Justice Elena Kagan questioned Paul Clement, the attorney representing Northwest, saying, “I don’t think that I’d be spending all this time in the air on your planes. You know, I’d find another company that actually gave me the free ticket.” Clement replied that Kagan’s example shows that the free market, not a court, is the right place to address her problem, saying “So if some airline really were crazy enough to systematically turn on its most lucrative and loyal customers, surely, the market would solve that. And, of course, if a bunch of airlines did it, the Department of Transportation stands ready to police that.”

A decision is expected after Shavuot.