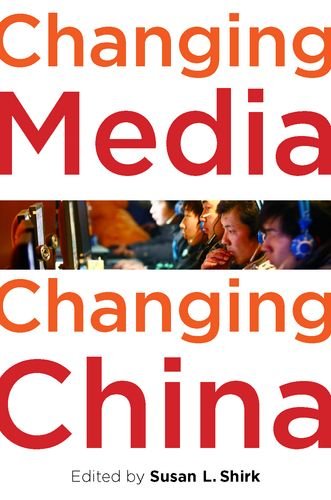 RISHON LEZION, Israel–The College of Management- Academic Studies (COMAS) recently launched the Chinese Media Center at its School of Media Studies. The Chinese Media Center at the College of Management – Academic Studies is the first of its kind in the Middle East, joining only three centers in the world’s leading academic institutions–in Hong Kong (University of Hong Kong), London (University of Westminster) and Los Angeles (University of SouthernCalifornia). It is the only Israel-focused academic program or NGO program that will engage Chinese media and opinion leaders in Chinese on a regular and sustained basis.

The Chinese Media Center will maintain a proactive dialogue with the Chinese media and conduct cutting-edge research of the media systems in the Greater China area. The Center will be in a regular contact with the Chinese print, digital, and broadcast media, facilitating greater understanding of Israel in China and be an educational tool for COMAS students. Leveraging the college’s state-of-the-art facilities and media and communications research centers, the Chinese Media Center will connect Israel and China in a systematic dialogue with scholarly and professional exchanges.

The Center, at the School of Media Studies –Israel’s largest communications school–will serve Israel’s long-term interest by pursuing independent scholarship and help Israel adopt a proactive attitude when dealing with China. According to Alex Pevzner, the Center’s founding director, “Chinese media is highly interested in Israel, particularly in non-political content. Stories about Israel, which focus on Israel’s strengths in fields of high importance to the Chinese, such as food security and agri-tech, high-tech, med-tech and clean energy can help cement both economic and political ties between the two nations. In addition, says Pevzner, “For Israel it is imperative to understand the Chinese media, as it serves as a window on China and China’s voice to the world.”

China has the world’s largest media system in terms of sheer numbers and language reach – Mandarin Chinese being the world’s most spoken language, used by 1.4 billion people in China, Hong Kong, Taiwan, Macau, and the Chinese diaspora. The growth of the Chinese media and its global reach is the result of China’s more than three decades of economic reforms and increasing global profile, making it a crucial component in understanding the way China is changing and the implications of these changes.

One of the Center’s goals is to promote student and journalist exchange programs, from Israel to China and visa-versa. China has over 2,000 newspapers and the highest number of Internet users in the world, 618 million. With a thriving social media ecosystem unique to China, the Chinese are active social media users and increasingly get their news from the Internet.

An expert on China and its ties to Israel and the media, Pevzner regularly publishes on Israel-China issues in the leading Chinese news media publications. The Jerusalem-based Pevzner is fluent in Mandarin Chinese and was the founding director of the China Program of The Israel Project, the first of its kind program aimed at increasing understanding of Israel in the Chinese media. Pevzner has now taken the program to the next level housing the new Center in a respected academic institution that has growing institutional ties to China. Pevzner has also worked for over five years as a staff reporter of Dow Jones Newswires in Taiwan.

At the Center’s inaugural lecture, Prof. Susan Shirk, a China expert and former U.S. Assistant Deputy Secretary of State during the Clinton administration discussed her book Changing Media, Changing China (Oxford University Press). Shirk is currently a professor at the Graduate School of International Relations and Pacific Studies at the UCSD, and a Senior Director of Albright Stonebridge Group, a global strategy firm,
Shirk told the audience made up of Israeli dignitaries, diplomats, academics and students that “changes in the media, if you look at China across the board, are second only to changes in economy in terms of their significance. There’s a perception out there that Chinese people are still basically being fed propaganda, but the reality is much more complicated. The commercialization of the media, the growth of the Internet, has narrowed the information gap, and I think that’s a major change for China.” Shirk praised the new Center as an important effort to contribute to Israeli understanding of China.

Ambassador of Israel to China, Matan Vilnai attended the Center’s opening and said, “The Chinese government listens to the public so helping to create a positive image will strengthen Israel’s security by presenting Israel in a positive way. ” He added that he looks forward to cooperating with the Chinese Media Center from the Israeli Embassy in Beijing and remarked, how excellent it was to see such a “forward looking project.”

The establishment of the Chinese Media Research Center reinforces the ties between the Rishon LeZion College of Management – Academic Studies and China and follows an agreement signed by the College two months ago with the University of Science and Technology Beijing – USTB, one of China’s leading and most prestigious universities. The agreement signing ceremony with the University was attended by the President of the COMAS, Prof. Seev Neumann, and the Vice President of the USTB, Sun Dongbai. Said President Neumann: “A full-fledged Chinese Media Center will become a major player in a systematic and professional dialogue with China.” Rishon LeZion is a twin city of Tianjin, China’s fifth largest city with a population of 14 million.

Initial funding for the Center is being provided by the Glazer Family Foundation and the Mizrahi Family Charitable Trust.

According to Neal Levy, COMAS’ Vice President for External Affairs, the Chinese Media Center is “part of a larger vision for establishing an interdisciplinary center which will allow for all of our students, no matter what discipline be it business, computer science, design or others, to learn how to work with China, the world’s second largest economy and a superpower with growing interests in our region.”