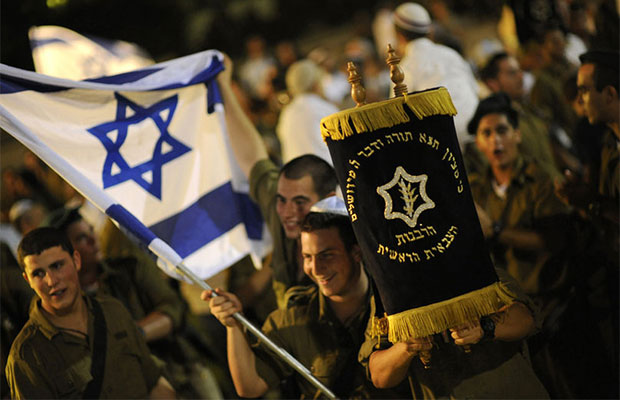 Being Israeli is not identical to being Jewish. Indeed, to be an Israeli one needs to live in the land, and when the land ceases to exist, being Israeli no longer has any meaning. But, as Rabbi Yochanan ben Zakkai correctly understood, if need be, it is possible to remain a Jewâ€”although surely not a complete oneâ€”without living in Israel. Yehoshua does not seem to understand that there would never have been a State of Israel if not for the fact that his own grandparents continued to live a Jewish life in the Diaspora. Had they and their contemporaries lived an exclusively Israeli life, there would no longer have been any Jews and no State of Israel would ever have been established.

What Rabbi Yochanan taught us is that Jews will survive without Israel, as long as there is Torah, the portable homeland; but Jews will not survive solely because of the existence of Israelâ€”however powerful it may beâ€”if Israel does not incorporate a large percentage of Jewish traditional resources. To believe that Jews will survive only because of Israel is an absurd claim that has no foundation in Jewish history or reality.

Check out the full article on Emor Project

What is Emor Project?
The Emor Project celebrates the beauty and richness of Modern Orthodox communities across the globe. â€œThe Emor Project is a broad international endeavor, rooted in concrete Jewish reality. Our aim is not to create new entities or ideologies, but rather to coordinate human and intellectual resources that already exist but are not being utilized at their full capacity and potential.â€ – Emor Founder, Rosa Banin Blechstein Due to the combination of traditional Jewish religious spirituality and modern intellectual sensibilities, we believe that Modern Orthodoxy is better suited than any other element of Orthodoxy to confront todays most pressing issues facing the Jewish world.