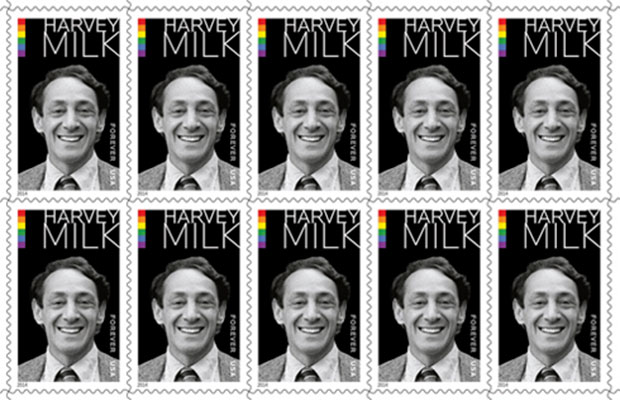 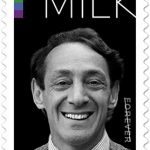 The American Family Association announced that it will refuse to accept any mail that bears a stamp with the image of former San Francisco Board of Supervisors member, Harvey Milk.

Milk, a Jewish resident of San Francisco and photo store owner who became an outspoken political leader, was murdered by a colleague in 1978, along with Mayor George Moscone. Their assassin, Dan White, who was also an elected city Supervisor, used what became known as the Twinkie Defense at his trial, saying that his diet of sugary snack foods influenced his decision to murder the men.

The United States Postal Service issued a postage stamp in May, honoring the slain visionary. Milk was posthumously awarded the U.S. Presidential Medal of Freedom in 2009.

Bryan Fischer, a leader of American Family Association, asked that Americans refuse to buy the stamp, and refuse to accept any mail that bears the stamp.

Personally, in memory of the American date (June 12) of the 20th yahrzeit of the Rebbe, Chabad’s Rabbi Menachem Schneerson, I am asking friends to mail a postcard with the Milk stamp to the American Family Association, P O Drawer 2440, Tupelo, MS 38803.

“The Times of Harvey Milk,” a documentary film won the 1984 Academy Award for Documentary Feature. Milk’s life was the subject of a musical theater production, an opera, and several books. In 2008, a film on his life was directed by Gus Van Sant and starred Sean Penn as Milk and Josh Brolin as Dan White. It received two Academy Awards for Best Original Screenplay and Best Actor.

Milk was born in Woodmere, New York, on Long Island, to William Milk and Minerva Karns. He was the younger son of Lithuanian Jewish parents and the grandson of Morris Milk, a department store owner who helped to organize the first synagogue in that area of Long Island, which is now heavily Orthodox and known as one of the Five Towns. A veteran of the US Navy, Milk was a Lieutenant JG and served on the submarine rescue ship USS Kittiwake.

The American Family Association is a U.S. based organization that states that it promotes fundamentalist Christian values and opposes same-sex marriage, pornography, and abortion. It was founded in 1977 by Donald Wildmon as the National Federation for Decency and is headquartered in Tupelo, Mississippi. It defined itself as “a Christian organization promoting the biblical ethic of decency in American society with primary emphasis on television and other media.” It has been listed as a hate group by the Southern Poverty Law Center.