NewsBits: Was Synagogue Worker Too Jewish? 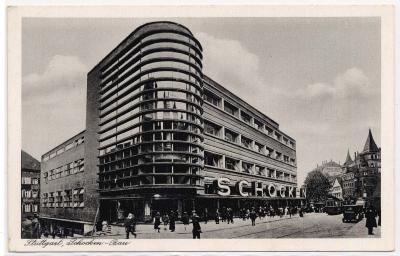 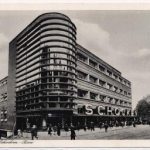 Ellen Gastwirth is suing her former employer, Temple Judea of Manhasset, Long Island, NY in Brooklyn’s federal-court. She was the director of education at the liberal synagoguere, but believes that she was fired by th synagogue’s new rabbi because she was considered too Sabbath observant and Orthodox. She claims that Rabbi Todd Chizner was incredulous that she was unable to work on the Jewish holiday of Sukkot in 2008, and that a board member was embarrased that the Reform movement temple had an Orthodox education director. Her legal suit sayd that the synagogue policy was to not “hire or renew the contracts of any teachers who are Orthodox Jews or Sabbath-observant.â€

Speaking of courts, the U.S. Court of Appeals for the D.C. Circuit sided with Facebook.com on Friday in a case over a page on the website calling for violence against Jewish people. A three-judge panel upheld a lower court’s decision to dismiss the case, because Facebook cannot be held responsible for the content on its site, no matter how egregious. In 2011, Attorney Larry Klayman sued Facebook over a group page on the site called â€œThird Palestinian Intifada,â€ which encouraged Muslims to rise up and kill Jewish people. Facebook took the page down after a request from the State of Israel’s Foreign Ministry, but Klayman said that Facebook did not act fast enough. In siding with Facebook, the court relied upon a portion of the 1996 Communications Decency Act that protects social media companies from being liable for content published by others.

Yehoram Gaon is the honored guest in Manhattan of the Israel Film Center this week. In presenting an award to Gaon before the screen of Hunting Elephants (Latzoud Pilim), filmmaker and Oscar nominee Joseph Cedar said that Gaon once declined the offer for a role in a Cedar film becuase he was busy runing for the office of Mayor of Jerusalem. Gaon, in accepting the award, admitted that the real reason was that the role was too small. All laughed. Including stand up comedian and filmmaker Reshef Levi. His dark comedy is set in Jerusalem and stars Sir Patrick Stewart as a poor English Lord who comes to Israel to regain some property from the British Mandate. Sasson Gabai plays his brother-in-law and former member of the Lehi underground, who tries to bond with his orphaned, estranged teenage grandson, Jonathan, by planning a crime. Moni Moshonov plays a nearly blind sidekick, driver, and fellow octogenerian resident of the nursing home

There is a Facebook page of the Jewish Soccer Fanatics, fans of the World Cup 2014. The JFF – JudÃ­os FanÃ¡ticos del FÃºtbol que viajan a Brasil 2014 is funded by the Charles and Lynn Schusterman Family Foundation.

Speaking of Brazil, the heirs of a Jewish family that owned Schocken AG, a German department-store chain seized by the Nazis, were awarded an extra 50 million euros ($68 million) in compensation by a Berlin court this week. The German government, which has already paid about 15 million euros to the family for a building in Chemnitz, must put up the additional amount for the assets, the court ruled.
Salman Schocken started the retail chain with his brother Simon. It was taken over by Nazis in 1938. Salman Schocken also bought the Israeli newspaper Haaretz in 1939.

Some are criticizing a new ad campaign by Nike as anti-Jewish. Soccer stars combat robot clones. The clones have large noses and Jewish stars on their uniforms.

NYC’s Katz’s Delicatessen on the Lower East Side is suing a Florida deli with the same name, Katz’s Delicatessen of Deerfield Beach. They are suing for $1 million in a Manhattan federal-court lawsuit.
The Florida Katz’s says it is “the Unmistakable New York Style Kosher Deli is Right Around the Corner.”
NYC Katz’s lawyers sent the restaurant’s owner, Charles Re, a letter in April that was ignored. He allegedly told the New Yorkers to take a hike. Tastless.

Speaking of courts, again, in U.S. federal court in Westchester County (NY), NY State Senator Malcolm A. Smith is on trial for political corruption. he faces up to 25 years in prison. But the trial may be in jeopardy since the U.S. attorney’s office failed to turn over to defense lawyers the wiretap recordings of 9,000 conversations, almost 300 of which are in untranslated Yiddish. The Yiddish calls were made or received by Moses Stern, a Rockland County (NY) developer who became a government informer to try to avoid a lengthy prison sentence. As the New Times wrote, “On Thursday morning, before the jury was called in, defense lawyers, including Gerald L. Shargel, Mr. Smith’s lawyer, complained for an hour. (A Yiddish speaker might say they kvetched.)”