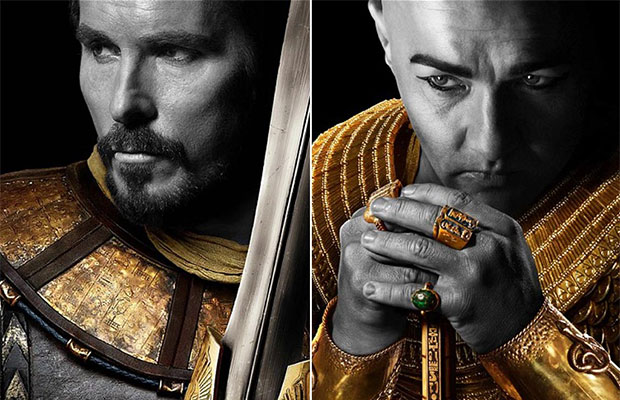 The Times of Israel it seems is now reviewing trailers! Anthony Weiss writes:

While the expected 10 plagues appear to be intact, the trailer also suggests that the movie takes more than a few liberties with the story from the Torah. Pyramids seem to make frequent appearances (in the biblical original, the Israelites build brick storehouses), any preexisting relationship between Moses and Pharaoh is speculatively based on the Bible’s riverside adoption of Moses by (the previous?) Pharoah’s daughter (and Moses’ obvious mastery of court politics), and the identification of the Pharaoh as Ramses is historical guesswork. All of which is fine… What’s more disheartening is that the trailer just isn’t all that tempting. There’s not much sign of the visual wit of Scott’s â€œAlienâ€ or â€œBlade Runner,â€ or the intimacy of â€œThelma and Louise.â€ Mostly, it just seems epically, well, big. (And it doesn’t help that the title makes the whole thing sound like a video game.)

Yes. Because that’s what I want in a bible epic – the intimacy of Thelma and Louise. No! What I want is to see the bad guys get their asses kicked in uh… biblical proportions! And the trailer seems to imply that that is exactly what is going to happen. So yeah. Count me in. And no hard feelings Times of Israel! There’s a war going on. I forgive you.