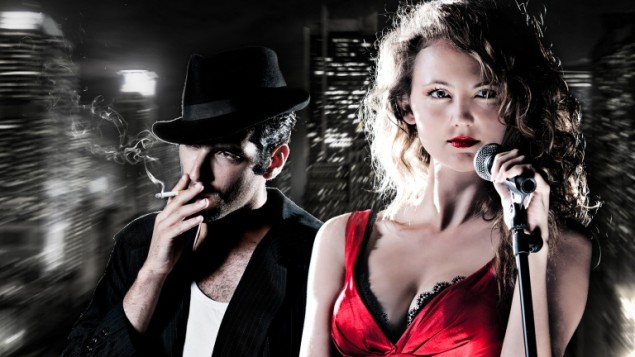 Now in its 67th year, the Edinburgh Fringe Festival will have over 49,000 performances from over 3100 shows, with 825 free shows, and 1,789 premieres at 299 venues in Edinburgh. Shows hail from 47 countries including China, England, Ireland, India, the United States, and Israel.

The City – a hip hop fable

But one of the Israeli shows has been cancelled following very loud protests by a pro-Palestinian group. “The City,” is a â€œhip hop fableâ€ and it received some funding from the State of Israel. The protest at Reid Hall’s Underbelly by several dozen members of the Scottish Palestinian Solidarity Committee outside of the show’s venue was so loud that it disrupted fifteen other shows. The venue, in consultation with the Fringe, the police, and the show’s producers – Jerusalem based Incubator Theatre – decided to cancel the show and try to find it another venue that will not be near other the shows (will probably be moved to the Acoustic Music Centre at St Bride’s). The protesters have threatened to protest the performance of “La Karina,” which consists of students from Ben Gurion University when it opens on August 10.

“The City,” is a musical focused on a mystery/detective story. It was created by The Victor Jackson Show ensemble, is under the wing of Jerusalem’s fringe theater group the Incubator Theater. Five actors appear in the show, and it was scheduled to be performed 27 times in Edinburgh.

Although the promoters of the show said it “exists to be an agent of significant cultural change in Jerusalem… This work is of great significance to furthering cross-community dialogue and debate in the region,” the protestors were only focused on its association with Israel. The Incubator Theater is funded by the Beracha Foundation, which promotes Jewish-Arab coexistence.

Mick Napier, a leader of the protests and a senior policy advisor for the City of Edinburgh, said: “Hospitals and schools are being shelled, some repeatedly, and we find that it’s unacceptable that an Israeli state-sponsored cultural event should go ahead at the Edinburgh Fringe. If the artists were unconnected with the Israeli state we would have no issue with them.” Of course, this is the same man who in 2008 said that the killing of 8 Israeli students in Jerusalem was justified since the Mercax Harav yeshiva, where they were murdered by a Palestinian gunman, was “a training center for illegal occupation, murder and (sending) Arabs to the gas chambers.”

The two other Israeli based shows are stand up comedy performances by Yisrael Campbell (Circumcise Me), and Israel’s Lamabati improv group.