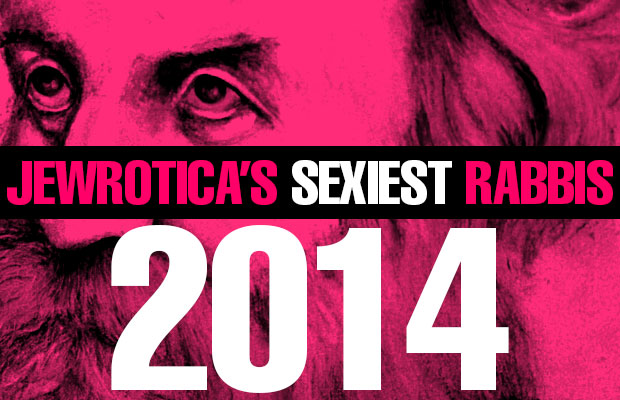 Jewrotica has announced the opening of nominations for this year’s sexiest Rabbis. I guess I should say “sexiest” because, despite the site’s nomenclature, this isn’t a contest about sexiness as it is commonly understood. Last year’s search highlighted a number of rabbis across the denominational spectrum, who were nominated by the public at large. Some of these Rabbis were better known than others, some had a pulpit, some didn’t – but all were exceptional in their own way. Jewrotica used this exercise to both poke fun at some of the traditional top Rabbi lists while at the same time highlighting the innovative and important work of less heralded Rabbis.

Well… they’re at it again! This year’s non-authoritative list is accepting nominations on the basis of three criteria:

The Solomon Effect: Does your rabbi woo you with words of wisdom, his sermons always leaving you wanting more? Do her maneuvers with the words of this week’s parshah fill you with the desire to open a Torah scroll?

The Tikun Olam impact: Does your rabbi work hard to make the world a better place, by fighting for causes she believes in? Does he bind himself to activism and social justice?

The Oomph factor: What makes your rabbi extra special? Do they have a certain je ne sais quoi that you find alluring?

Now go ahead and let Jewrotica know about those Rabbis who inspire you, who move you, whose words have meaning and whose actions resonate with you. Share and lets see what sexy gems come out of this list!