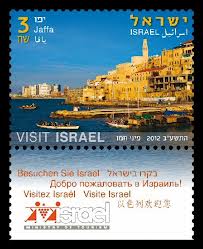 Before knowing who was going to be in this weekend’s Super Bowl, 168 members of the Republican National Committee (RNC) had to decide whether to stay in the USA for beer and chips and football, or snag a free trip to Israel. Yes, all the members of the RNC wee invited on a free spiritual trip to Israel from January 31 to February 8, 2015, courtesy of the American Renewal Project and the Tupelo, Mississippi based American Family Association. (I had the pleasure of napping in a Wendy’s fast food parking lot in Tupelo this past August… ahh.. memories)

Although the trip is not an official RNC event, it is sort of being coordinated by the committee. 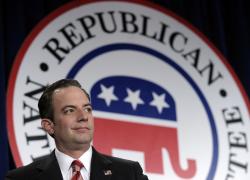 About sixty members are signed up to fly to Ben Gurion airport this weekend, including the RNC chairman, Reince Priebus.

On the plus side, RNC leaders will be introduced to Israel and get to travel from the North to the South. I call it the Rand Paul and Former Arkansas Gov. Mike Huckabee Special itinerary. They travedled to Israel with American Renewal Project’s leader in the past). They will be joined by two Christian pastors and Dennis Prager. (NOTE: Rabbi Prager… although the trip is all-expenses paid, it does not include free refills of soda with your meals).

Also joining the trip is evangelical Christian best-selling author Joel Rosenberg – who is now a resident of Israel and has been an advisor to PM Binyamin Netanyahu as well as Natan Sharansky. (Hell, now I want to go on the trip, too.)

On the negative side, the trip sponsor, the American Renewal Project, and its parent (American Family Association) have been labeled a “Hate group” by some American organizations, including the Alabama-based Southern Poverty Law Center. It is deemed an anti-black, anti-Latino and anti-gay group that seeks to politicize pastors and reinforce America as a Christian nation. For example, on MSNBC last week, Bryan Fischer of the American Family Association was shown criticizing gay activists as “jack-booted homo-fascist thugs.” He also called Islam “an Ebola virus that is… deadly.” The leader of the AFA wrote that “Homosexuality gave us Adolph Hitler, and homosexuals in the military gave us the Brown Shirts, the Nazi war machine and six million dead Jews.” Hmm.. maybe they will meet some openly gay Israeli politicians on the trip.

Richard Cohen, the CEO of the Southern Poverty Law Center asked members of the RNC to reject the free trip.

I reached out to the Republican Jewish Coalition for comment, but they were probably closed due to the snowstorm, since i did not receive a reply.

Yesh Atid chairman Yair Lapid has invited English-speakers to watch the Super Bowl live with him and other Yesh Atid MKs at a party in Tel Aviv on the late evening of Sunday, February 1. The party is at the London Ministore on Ibn Gvirol Street. American-born MK Dov Lipman – who is a Washington Redskins fan – will be in attendence. I hope the RNC trip participants drop by. They will get along great with Lapid.