ShivaWatch: A dimmer, a developer, a delight 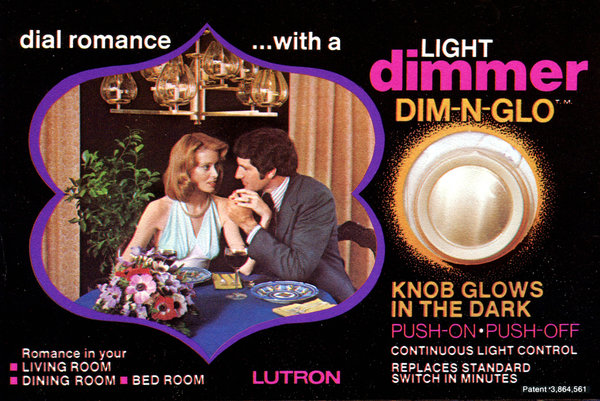 Joel S. Spira, a prodigious innovator and physicist brought illumination to the world, or at least allowed people a choice to dim or to brighten their lives, passed away in Eastern Pennsylvania at the age of 88. Spira, a native of Brooklyn, founded and built Lutron Electronics Co., Inc., which created and sold lighting control products and the dimmer switch. Lutron started in 1961 in a spare bedroom of his apartment on the Upper West Side of Manhattan. His Capri dimmer was introduced in the early 1960s with ads suggesting that it could enhance the ambiance of a room by “dialing romance.” A member of Congregation Keneseth Israel of Allentown, he and with wife, Ruth “Rodale” Spira also founded Subarashii Kudamono, Inc., a grower and marketer of Asian pears.

The man who gave us strip malls, for better or for worse, passed away at 91. A. Alfred Taubman, a philanthropist and developer, was one of Michigan’s greatest private benefactors, and a resident of Bloomfield Hills, a suburb of Detroit. He donated hundreds of millions of dollars to charity from his fortune, estimated to be $3.1 billion by Forbes magazine. The University of Michigan received over $140 million in donations during his lifetime, which is why Michigan’s college of architecture and urban planning and various buildings at its medical school bear the Taubman name, as do buildings at Harvard, Brown, and the Damon J. Keith Center for Civil Rights at Wayne State University. (During WWII, he dropped his first name of Adolph and went by the name of Alfred).

Taubman moved Rosa Parks into his Riverfront Towers after she was beaten up in her Detroit home and, in 2000, he flew her to Montgomery, Alabama for the opening of the Troy University Rosa Parks Museum. Taubman, a top retailer observed that women buy more menswear than men do, shoppers turn to the right more than they turn to the left, and that cosmetics have high margins. This is why most stores have menswear and cosmetics on their first floors, and stores are designed to expect shoppers to turn right, and cashiers are usually to the left to allow for easy exits. After WWII, he built malls and shopping centers in suburbs across America. His widow, Judith Mazor Taubman, is a former Miss Israel.

We also lost the inspirational Linda Jum. Jum, 61, succumbed to cancer. A Chinese Jewish woman, she was a leader in the Reconstructionist movement, a co-founder of its Camp JRF, and a supporter of Kavod v’Nichumand chevrot kadisha. She helped to promote participation and focus in the growing chevrah kadisha movement in the U.S. In 2010, she was given the Jewish Reconstructionist Federations Yehudit Award in recognition of her work with the Camp JRF and the Reconstructionist youth movement, Noar Hadash. The award seeded money for the Linda C. Jum Fund for Innovative Youth Initiatives, which develops programs in leadership development. Jum, who spent her childhood in Queens and Brooklyn, chose to be Jewish at the age of seven. At her funeral, Rabbi Jeff Eisenstat said, “Death has cast its dark shadow over all of us here, and it has left us all deeply bereft. Linda’s voice has been stilled; her heart has stopped; her laughter and joy are gone. Gone are the warmth and glow of Linda’s presence. The chain of love has lost a vital link with Linda’s passing. Death has taken our Linda, whose life was so precious. Her death has brought loneliness and sorrow. Yet there’s so much which death cannot touch. Death cannot take from us her love which we knew. It’s woven into the tapestry of our lives.”

Also gone is Bernice (Bernice Annette Franklin Salpeter) Tannenbaum, a famed leader of Hadassah, who lived over a century. In 1944, she was invited to help form a chapter of the women’s Zionist organization in Kew Gardens, Queens, NY, and named chapter President at its first meeting. Three decade later, she was the head of the entire organization. Tannenbaum said, “The experience of being a Hadassah leader trains you in ways you didn’t think possible.”

The San Diego based poet, and self-described “all-around no good troublemaker,” Steve Kowit passed away. As a young man in New York, Kowit was part of the Lower East Side poetry-reading scene. Later, attracted by the Beat poets, he moved to San Francisco’s Haight Ashbury. His poetry was read by Garrison Keillor on his national radio show. In a poem about immigrants, he wrote, “Out there, in the dark, they could have
been anyone: refugees from Rwanda
slaves pushing north.
Palestinians, Gypsies, Armenians, Jews…
the lights of Tijuana, that yellow
haze to the west, could have
been Melos, Cracow, Quang Ngai…”

And in “Notice,” he wrote about the shortness of life and the death of a friend:
“Take heed, you who read this,
& drop to your knees now & again
like the poet Christopher Smart,
& kiss the earth & be joyful,
& make much of your time,
& be kindly to everyone,
even those who do not deserve it.”

In “The Garden,” he brooded about life without his wife:

In the bedroom, Mary has fallen asleep.
I stand in the doorway & watch her breathing
& wonder what it will be like
When one of us dies.