Israeli? You are a Nazi! 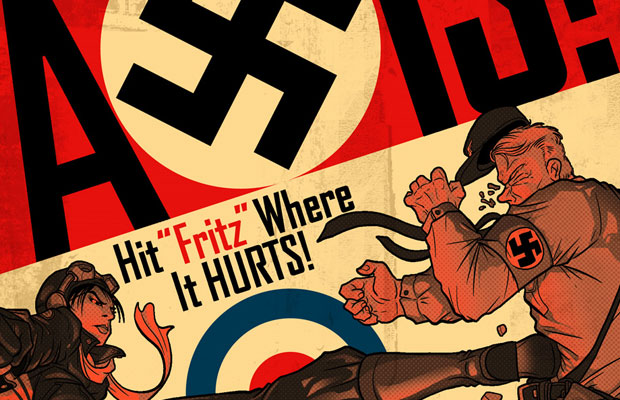 Traveling as a Canadian Israeli is interesting. You can always get away with just saying you’re Canadian and not getting into any politics, or you can try to invite dialogue and be honest about where you actually come from. There are a lot of raised eyebrows, overly exaggerated “oh cools!”, and occasionally more questions, but it rarely goes farther than that. Until you get called a Nazi by a previously friendly guy who denies your right to call yourself an Israeli, the right for Israel to ever defend herself, and the legality of the existence of Israel as a whole.

Most of my adult life I’ve fought against the standard hasbara narrative. I wanted to reach out and explore the roots of the Israeli – Palestinian conflict and move past the angry fear mongering that I grew up with, find real dialogue and explore new realities. I hated using the Holocaust to justify myself, wanted to believe that you could be anti Zionist but not anti-semitic, wanted to believe that people really wanted good for others. And maybe I simply met an exceptional bad apple who thought that a decent closing statement to a fairly civil discussion about Israel would be calling me a “fucking Nazi” but I’m not sure. Maybe it’s age, maybe I’ve bought into the propaganda, but there’s something about the constant criticisms, the constant attacks by the UNHRC, the fact that Israel was “awarded” worst country for women (while honor killings, female genital mutilation, child marriages, forced prostitution, campus rape and unfortunately countless other examples are realities worldwide), the fact that an Israeli flag is more offensive than an ISIS flag – its discouraging. It’s discouraging and it makes you want to go back to the classic trope: that everyone hates the Jews, and always have and always will, and every generation just dresses up the hate in new clothing.

Maybe I’m really bad at arguing my point. Maybe I shouldn’t be a cultural ambassador. But I don’t want to feel like I always need to defend my point. I want to go somewhere and not feel any pressure to be my government’s spokesperson. Israel is my home, it’s the culmination of hundreds and thousands of years of longing, and it’s where I’ve never wanted to be quite as badly as I want to be now.

I guess the real question this brings up is the age old one: why is there so much hate directed our way, always? And the one that vexes me most–how do you try to improve the current situation in Israel, for the betterment of Israelis and Palestinians, when one of the faces of the free Palestine movement can let the words “You are a Nazi” escape his mouth without a trace of self awareness, historical context, or shame?

Bracha Arnold is a former Torontonian, current Jerusalemite whose job takes her around the world as a private chef. Find out more at Kosherculinarytravel.com