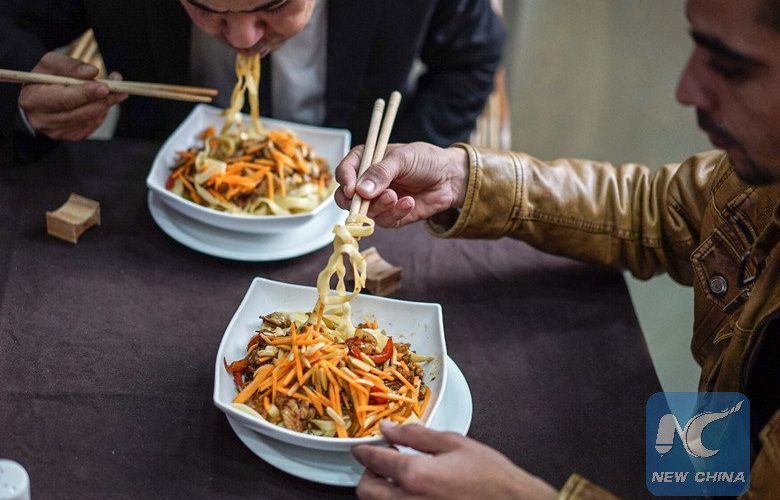 Sorry Oberlin University students and Kung Pao Kosher Comedy customers. General Tso Chicken (or Admiral Tso if you are at Annapolis) has a new cousin. According to a Xinhua Chinese news service story on Saturday by Hamada Hattab and Osama Radi, Gaza has its first Chinese cuisine restaurant, located downtown directly across from the Tomb of the Unknown Soldier. Can a Fariq Tso Chicken be added to the menu? Or at least an Amid Cho?

One of 195 new restaurants that opened in Gaza City in 2015, Kaza Miza (not to be confused with Kaza Miza in Damascus) is the first dedicated Chinese cuisine eatery, complete with chopsticks. Over 70 more restaurants are awaiting licenses from Gaza’s government. Several new restaurants are being created and funded by Syrian refugees.

Chef Ahmed Iqtifan never worked with Chinese food before; the recipes and styles are taken from the internet. Iqtifan’s menu offers seven Chinese meals and plays Chinese music for the diners. 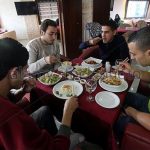 Abdulla Saqallah, a recent customer, reported that, “The way the dish looks and tastes are all perfect.” Mohamed al-Masri, the restaurant’s director of marketing, told Xinhua that he had eaten Chinese cuisine two years ago in Dubai, and likes that Kaza Miza is unique. There are plans to decorate the location with traditional Chinese decorations, or at least with decorations that people equate with China. Happy story? Sure, but Salah Abu Hasseira, chairman of Gaza’s Hotels and Tourist Restaurants Commission, was included at the end of the story to remind readers of the Xinhua news agency – as he does in all quoted stories – that the restaurant business could be better if it wasn’t for Israel.