In Texas, Haboobs Not Okay But Hamsins Might Be Fine. Algebra, too 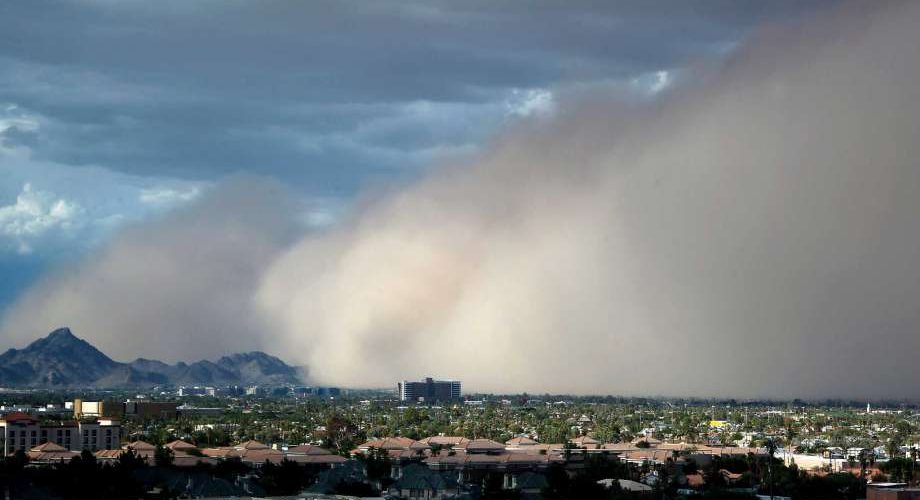 In happened in Lubbock Texas (West Texas to be more precise). It has been covered by media outlets in Houston, Washington DC, Dallas, Jerusalem and places beyond.

The storm got kicked up Sunday evening when the National Weather Service’s Lubbock station (@NWSLubbock) posted on Facebook about a wall of dust that was approaching the city. They called it a HABOOB instead of a dust storm.

Note: The National Weather Service is part of the U.S. government which is lead by President Barack Hussein Obama in the Executive Branch.

Some online netizens took great issue with the use of a meteorological term that sounds Arabic. Some said it should be called a sandstorm, some a dust storm, some mentioned that this is not Afghanistan or Iraq, others mentioned how Donald trump will change the rules so that these Arabic words are not used in weather advisories.

I am wondering if the Texas School system will ban Algebra and Chemistry. These words are rooted in Arabic. And my Hans Wehr dictionary reminds me the nadir, alcohol, and cotton also have the same Arabic roots.

Bob Henson of Weather Underground, wrote that dust storm cover a large area, while a haboob covers a narrow zone. Haboob was the correct term to use.

As for hamsin. It appears to be okay for use at least on twitter, where there is a lot of hot air blowing in from West Texas.

Note: COngregation Shaareth Israel in Lubbock was not damaged by the haboob.