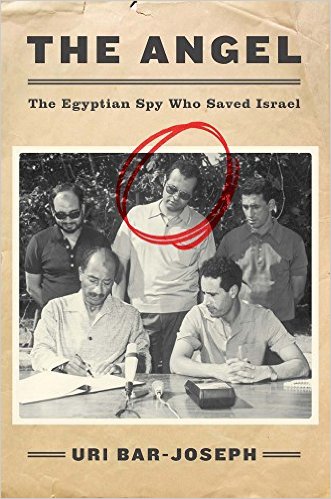 This week, U.S. Army General Raymond “Tony” Thomas, head of the U.S. Special Operations Command, who rarely even acknowledges American special operations, spoke out angrily against those former soldiers and sailors who pen stories and novels about their classified activities. He said, “It is a phenomenon that is anathema to me. It runs counter to everything that any of us who ever entered special operations know [is] the right way to do business….It baffles me that people don’t hold true to that standard…. We won’t tolerate it.” He was speaking in Washington DC an Institute for the Study of War conference. He wants them back in the shadows.

Therefore, I plan to avoid reading “Damn Few” and “Inside SEAL Team Six”, or even “No Easy Day” by former Navy SEAL, Matt Bissonnette (under the pen name of Mark Owen) or watching “Zero Dark Thirty.”

Instead I will recommend two Mossad-related books that were recently published.

In Bar-Joseph’s report, he exposes for the first time in English the sensational life and mysterious death of Ashraf Marwan, an Egyptian senior official who spied for Israel. Marwan was the son-in-law of Egyptian president Gamal Abdel Nasser and a close advisor to his successor, President Anwar Sadat. he had access to the deepest secrets of the country’s government.

But Marwan had a secret: He was a spy for the Mossad

His codename was “The Angel.”

It was Marwan who told the Mossad about the Yom Kippur attack plan in 1973.

Uri Bar Joseph pieces together Marwan’s story and sheds light on what was happening in Egypt, and also the troubles in the Office of Prime Minister Golda Meir. Bar-Joseph also revelas who may have killed Marwan in 2007. Was it the Israelis? the Egyptians? Suicide from the Fifth Floor window? Business people whom he swindled? Scotland Yard and MI?

Another book of interest is

For readers of John Le Carré and viewers of Homeland, this is a slow-burning psychological spy-thriller by a former brigadier general of intelligence in the Israeli army. After attending her father’s funeral, former Mossad agent Rachel Goldschmitt empties her bank account and disappears. But when she makes a cryptic phone call to her former handler, Ehud, the Mossad sends him to track her down. Finding no leads, he must retrace her career as a spy to figure out why she abandoned Mossad before she can do any damage to Israel. But he soon discovers that after living under cover for so long, an agent’s assumed identity and her real one can blur, catching loyalty, love, and truth between them. In the midst of a high-risk, high-stakes investigation, Ehud begins to question whether he ever knew his agent at all.

In The English Teacher, Yiftach R. Atir drew on his own experience in intelligence to weave a psychologically nuanced thriller that explores the pressures of living under an assumed identity for months at a time. (Yiftach Reicher Atir was born in 1949 on Kibbutz Shoval, in the south of Israel. As a young commando officer, he participated in Operation Entebbe and other military and intelligence operations before retirement with the rank of Brigadier General.