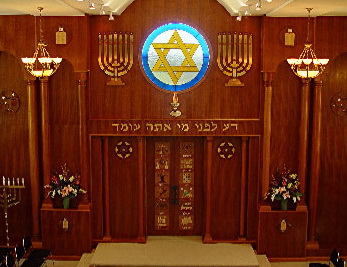 Truly these are the ten days of awe(some). Just look at the latest news.

The Daily Mail and other sites reports on Amy Schumer and her instagram video from her walk with Rachel Feinstein to shul on Rosh Hashana. ‘Just a couple of ladies go..’ she said, before stopping abruptly.
‘…Going to celebrate the Jewish New Yea..’ Amy attempted to complete her thought, but was interrupted again by the construction commotion behind her.

SCOTUS Justice Ruth Bader Ginsburg shared the essay she wrote for her East Midwood Jewish Center synagogue bulletin when she was 13. You can read it in her upcoming book: My Own Words By Ruth Bader Ginsburg… Or read it HERE in the JTA profile. Written in 1946, she writes that it is easy to be filled with hate and prejudice after WWII and the atrocities at Bergen-Belsen and other death camps, but the thinking person must overcome prejudice.

Speaking of synagogues and the high holidays, the question arose, how do you call a person to the Torah for an Aliyah, if the congregant does not identify in the binary male or female? One Manhattan based synagogue came up with a solution. At Congregation Beth Simchat Torah the rabbis, gabbai rishon, and leaders use Ya’amod, Ta’amod, or Ekra. Ekra doesn’t use a gender and calls upon and welcomes a congregant to come to the bima. Additionally, instead of BEN or BAT when using the congregant’s name, MiBEYT can be used, to mean “from the House of” instead of son or daughter.

Speaking of MiBEYT, an essay from The House of Wisse… Professor Ruth Wisse (her brother is Professor David G. Roskies) writes in the Wall Street Journal that defending Israel is not a sin, especially on campuses that need to atoned for during the Days of Awe.

In other news, the TV series, CHICAGO MED, has a new character: an Orthodox Jewish doctor. Andrew Schneider (the son of two physicians) and Diane Frolov, producers for the series, created the character of Dr. Latham. He is being played by Ato Essandoh, whose parents hail from Ghana.

I can’t be a physician on Chicago Med. I am too chicken. But speaking of chickens and chicken parts, The New York Times writes about Yom Kippur and some Jews who still use a chicken in their atonement ritual… but then donate the chicken to the poor.