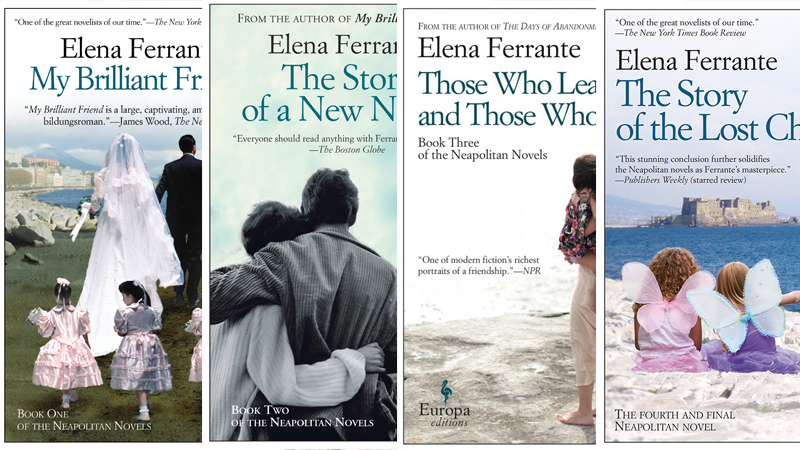 Is best selling author Elana Ferrante actually Anita Raja, a Jewish Italian translator at Edizioni E/O in Italy? So said the gossip site DagoSpia months ago as well as Claudio Gatti in The New York Review (NYR) of Books around Rosh Hashana.

The cat might be out of the bag. Gatti, a investigative reporter in Italy, spent months and used financial records to try to track down the real author of the Neapolitan novels. He was being paid by Sole 24 Ore, an Italian financial newspaper. Follow The Money, they teach you in journalism school. And following the money showed him that a modest translator had a windfall of income and bought some nice Italian properties.

Gatti writes in the NYR that “There are no traces of Anita Raja’s personal history in Elena Ferrante’s fiction. The stories Ferrante tells are those of the Neapolitan poor, of post-war Italy, of social and female oppression. None of Ferrante’s books gives any indication of the tragedies experienced by Raja’s mother and grandparents and their extended family—pogroms in Poland, Nazi persecution in Germany, anti-Semitic laws in fascist Italy and the Holocaust, which took the lives of her great-grandparents and a dozen other members of her family.”

Raja’s mother, a witty red-haired Golda (Goldi) Frieda Petzenbaum was born in Germany to Polish Jews. They escaped the Nazis, through Switzerland, to Italy. They were rounded up by Italian fascists and Goldi’s family were interned in exiled status and then sent to the Ferramonti camp near Cosenza (the largest concentration camp for foreign Jews in Italy). They were then murdered in other camps during the war. Goldi was fortunately sent by her parents to Switzerland where she survived the Holocaust, married a Neapolitan magistrate, and taught German in Italy as a widow.

A tough independent woman in Naples (and Rome). Sound familiar?