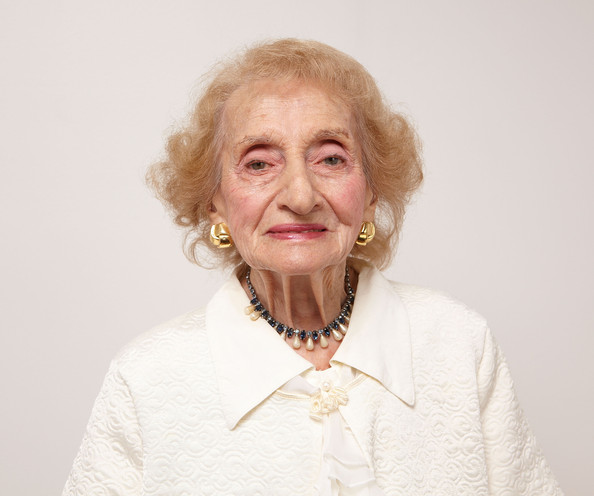 Rabbi Ben Zion Shenker went to his heavenly reward at the age of 91. Rabbi Shenker composed and spread melodies throughout the world. Born in Brooklyn, he listened to his parents cantorial recordings on the family phonograph and as a youth, joined a Jewish chorus as a soloist. Joseph Berger, writing for The New York Times, wrote that Rabbi Ben Zion Shenker is regarded as perhaps the leading composer of Hasidic prayer melodies – over 500 of them. He was the foremost composer and singer of the Modzitzer Hasidim and inspired another rabbi: Rabbi Shlomo Carlebach.

His most famous Mizmor L’David melody:

Another series of flows:

Sonny (Renato) Levi, the power boat designer to the rich, famous, and royalty passed away. Born in Karachi to a family of Italian Jews who fled fascism, he was educated in France, England and India. As a young child, British intelligence officers came to his house thinking he was his uncle of the same name, a double agent who reportedly saved Malta from the Nazis and helped the British beat the Nazis in North Africa. Dr. Levi was A holder of the Royal Designer for Industry award — the highest honour obtainable in the field of design — he earned huge success in Italy after moving there in 1960, designing and building a range of high-speed pleasure boats, the forerunners of modern planing boats, which incorporated his deep V-hull design. His funeral was held at Holy Cross Church, but his life is unqique and I have included it in Shiva Watch.

Ruth Gruber passed away at 105. I met her a few year ago at a book reading and bought her latest book on The Exodus. “Did I want her to autograph it?,” I was asked. She seemed so fragile, but perception was not reality. She had more evergy than others and signed my book. A photojournalist and journalist, Ruth Gruber was a witness to 20th Century Jewish and World history. She documented life in Nazi Germany, saved over 1,000 refugees from 19 Nazi occupient countries, covered the founding of the State of Israel, and wrote of Stalin’s gulag prison system. By age 20, she had earned a docyorate from Koln. She was a reporter at the Nuremberg war-crimes trials and she was on the Exodus refugee ship when the British intercepted it on its way to Palestine and her stories helped mold British, UN, and American opinions on Palestine and Israel. She was a confidante to President Franklin Delano Roosevelt and escorted Eleanor Roosevelt on a tour of the new State of Israel in 1952. Ms. Gruber worked for The New York Herald Tribune, The New York Post and The New York Times.

This past Tuesday at Manhattan’s Central Synagogue, Lew Rudin was laid to rest. Rudin was one of the patriarchs of one of Manhattan’s most successful real estate management companies and wealthiest Jewish families. He was 92 and the grandson of xxx Rudin who started a real estate company in 1905. In addition to leading the real estate firms, Rudin served on the boards of a major hospital (MSKCC), synagogue (Sheareth Israel), theological seminary (JTS), and school (Hebrew University), in addition to countless Jewish and civic groups. He was one of the initial funders for the NYC Marathon and helped it expand from a race in Central Park to one the encompassed five boros. The New York Times recalled that the Jack RUdin and his younger brother gave landlords a good name in New York City. When NYC was near bankruptcy, he persuaded developers and owners to prepay their city taxes to help the city’s finances and promote civic pride.

British actor Andrew Sachs, most famous for his role as Manuel the Spanish waiter on the BBC’s Fawlty Towers series, died at the age of 86. Sachs was the son of an insurance broker. He was born in Berlin and his family fled the Nazi regime and settled in Britain before the outbreak of WWII. Speaking of his on-screen chemistry with Sachs, actor John Cleese said: “It’s like playing tennis with someone who is exactly as good as you are. And you play with them every week, sometimes he wins and sometimes you win, but somehow there is a rapport. It comes from the very deepest part of ourselves. We never had to work at it, it all happened so easily.” He said his favourite scene with Sachs was when Manuel and Basil tried to hide a dead hotel guest in a laundry basket.

Beryl E. Rothschild, was a mayor of University Heights near CLeveland for over three decades. She passed away at 88. She got her start in politics when her house was flooded and she attended a city council meeting to ask what would be done. She ended up running for a seat on the city council and then becomeing mayor. Her cousin was Pennsylvania Governor Milton J. Shapp.

The death of Fidel Castro was reported widely, but not the death of Havana born Isaac Olemberg; he passed away at 86. When he was born, he weighed 13 pounds. After fleeing Cuba for Miami, he found work as a shoe store clerk, ended up opening several show stores and then he founded the Olem Shoe Corporation. He met his wife when she walked into one of his stores to buy a pair of footwear. He helped to fund the JNF, the Friends of the IDF, the University of Miami, and many Jewish groups in Miami, including the founding of a Cuan division for the Jewish Federation in Miami.

Freddie Rosehill, one of the last surviving leaders of the Jewish community of Cork, Ireland passed away at 88. According to Maurice Cohen, Fred Rosehill played a vital part in keeping the memory of Jewish Cork alive.The community once numbered 400-500, mostly descended from Lithuanian Jews who fled persecution. So many lived in the Hibernian buildings on Leeside that the area was named Jewtown. He was buried at the Curraghkippane Jewish Cemetery that he helped to maintain.

And Adolf Burger passed away in Prague at 99. He was the last of the Jewish typographers who were forced by the Nazis to make counterfeit British pounds during World War II. He was arrested in 1942 by the Nazis after he was caught producing fake baptism certificates for Jews. He was deported to Auschwitz with his wife, Gisela. She was murdered, and he was forced into labor at the Sachsenhausen concentration camp in Germany. He was one of 140 Jewish and half-Jewish prisoners who were made to forge British currency for “Operation Bernhard.” A movie based on some of his exploits, “The Counterfeiters,” won an Academy Award for best foreign language film in 2008.