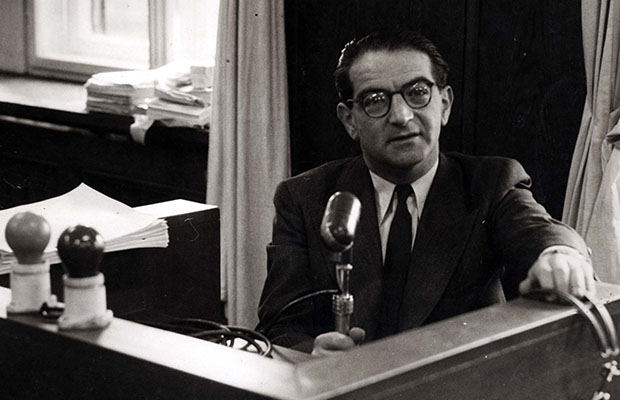 Between May and July 1944, a team of 150-200 Nazi SS men led by Adolf Eichmann succeeded in deporting more than 400,000 Jewish men, women, and children from Hungary to Auschwitz. In this operation – the fastest mass murder campaign of the Holocaust – they had the enthusiastic support of the Hungarian government.

During those terrible months, the SS conducted “rescue negotiations” with a small Jewish committee led by Rezs? Kasztner (AKA Rudolf Kastner). The aim of the SS was to expedite the deportations by holding out the illusory prospect of a deal to spare a million Jews in return for trucks and other goods from the West.

As an incentive, the SS promised to free 1,684 specially selected “prominents,” who were taken by train to the Bergen-Belsen concentration camp as hostages and later sent to Switzerland.

Kasztner, who was assassinated in Israel after an explosive libel trial in the 1950s, is now being acclaimed by some as a hero for arranging the release of the train. Others, mainly Hungarian survivors of Auschwitz, have called him a traitor who helped the Nazis to send 400,000 Jews to their deaths. My new book Kasztner’s Crime examines the evidence and takes the side of the survivors. 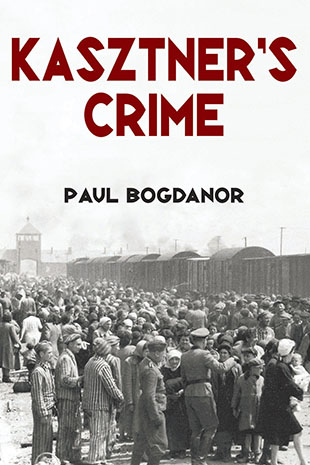 The case for Kasztner’s guilt can be summarized as follows:

1. Kasztner knew in advance that the Nazis planned to send Hungary’s Jews to Auschwitz. He admitted this both in a postwar report on his “negotiations” and in the libel trial. For example, at the end of April 1944 he received a message from Jewish rescue activists in Slovakia warning that the gas chambers and crematoria had been renovated and the death camp personnel increased in preparation for the mass murder of Hungary’s Jews.

2. The Nazis put Kasztner in contact with Jews they planned to send to Auschwitz, both before and during the deportations. Again, Kasztner admitted this. In early May 1944 he visited his home town of Kolozsvár – inhabited by 18,000 Jews – with Nazi permission. Later he had ten phone calls with his father-in-law, who was the head of the Nazi-appointed Jewish Council (Judenrat) there.

3. The Nazis instructed Kasztner to prevent any panic among the Jews they planned to send to Auschwitz. Kasztner admitted to sabotaging the escape route from Kolozsvár to Romania on orders from the SS. In Kasztner’s own words, Eichmann “wanted no fuss” among the victims.

4. The Jewish Council in Kolozsvár – led by Kasztner’s relatives and friends – then deceived the town’s Jews into boarding the trains to Auschwitz. During the deportations to the death camp, the local Jewish Council repeatedly promised the 18,000 Jews in the town that they would be resettled in Hungary for work. Kasztner was in contact with this Jewish Council throughout. In his own words, the victims did not know that they were being sent to die, because “the ‘rescue secret’ [of the Kasztner Train] had to be kept” – which meant that the Nazi extermination plan also had to be kept secret from them.

5. Kasztner’s committee sent messages to other ghettos instructing the local Jewish Councils to prepare their communities for transfer to a labor camp. Kasztner admitted this as well. As a result, countless Jews in the Hungarian provinces were deported to their deaths as innocent victims of a calculated deception by the Nazis.

6. Kasztner sent misleading messages to the outside world as the genocide was taking place. During the deportations, Kasztner repeatedly deceived his Jewish and Zionist contacts abroad about the mass murders. In one letter he called Auschwitz-Birkenau a mere “industrial center.” Later, he pretended that the Jews murdered there were alive and well in “Waldsee,” an imaginary work site used as a decoy by the Nazis.

All these findings are based on Kasztner’s own statements made during and after the Holocaust. Sadly, I see no way to avoid the conclusion that Kasztner did indeed betray the Jewish population of Hungary – just as many Auschwitz survivors alleged.

The ongoing campaign to rehabilitate Kasztner must end. This is the least we owe to those who were murdered.

Paul Bogdanor is the author of Kasztner’s Crime (Transaction Publishers), available now in paperback, priced at $29.95. Visit www.kasztnerscrime.com or buy now on Amazon.