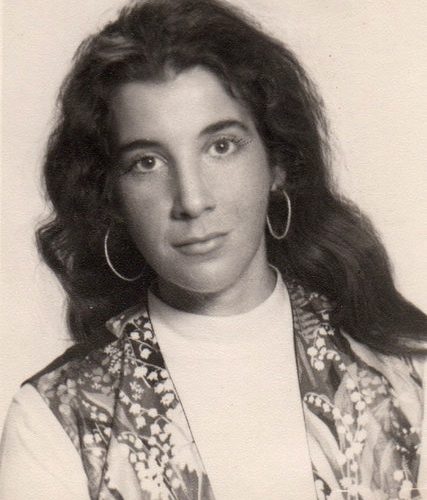 Ms. Sheila Babs Michaels, a leading feminist as well as a humanitarian, biblical scholar and civil rights activist, who has been credited with coining the title “Ms.”, passed away in New York City, with her Manhattan rabbi at her side.

Born in 1939 in St. Louis, she was the daughter of Alma Weil Kessler. Her biological father was her mother’s lover, the civil rights attorney, Ephraim London; but she was given the surname of her mother’s husband. Later, when her mother remarried and her new husband was busy with the war effort (but others say was not fond of children), Sheila was sent to live with her maternal grandparents in The Bronx, Francie (Sacks) and Irving Weil. For college, Ms. Michaels attended the College of William and Mary, but was suspended for promoting racial equality and progressive political opinions. Moving to Manhattan to attend Columbia University in the evenings, in 1960, Michaels worked for CORE: Congress of Racial Equality, as well as for Student Non-Violent Coordinating Committee (SNCC) in Jackson, MS (Mississippi). In 1961, Ms. Michaels, saw “Ms.” on a piece of mail her roommate received. Perhaps it was a spelling error, but, nevertheless, Michael, who abhorred having her identity defined by marriage, took a liking to Ms., and became a sole crusader for the title as a feminist alternative to Miss and Mrs.

In 1963, Michael helped to organize the Civil Rights March in Washington, where Rev. Dr. Martin Luther King, Jr. gave his historic “I Have a Dream” speech. Michaels helped to write the speech given by (now Congressman, D-GA) John Lewis. In 1964, she helped to lead the Freedom Summer. In 1970, Gloria Steinem promoted the use of “Ms.,” and in 1971, Steinem and others founded Ms. Magazine. On Friday, July 7, the Central Reform Congregation of St. Louis will pay tribute to Ms. Michaels at its 7:30 p.m. Shabbat prayer service (she was buried in her family plot in B’nai Amoona Cemetery, St. Louis.)

When Alfred R. “Al” Goldstein, 92, passed away at the age of 92, the Sarasota newspaper posted its obituary for him on its front page. A son of Brooklyn, and veteran of WWII, where he was wounded not once, but twice, in battles. Working of a civil engineer, he was on the project that built the United Nations Building in 1947 and twenty YMHA/JCC’s. But by 1951, he started to develop real estate and manage properties during America’s post-War boom, and within a decade, he ran iconic properties including Manhattan’s Taft Hotel, Schwab House, 63 Wall Street, 1107 Broadway and seven theatres on 42nd street (before they Disney-fied the area). But when Mr. Goldstein is most known for is his philanthropy, having donated funds and buildings to hospitals, Syracuse University, Pace University, Ringling College of Art & Design, New College, Mote Marine Laboratories, the Sarasota Ballet, and countless other groups. In Israel, he has supported Yazreel College, naming 3 dormitories in memory of his son Roger, who died in infancy, his cousin Raymond Rakoff, and his late wife Ann Goldstein. His favorite motto was “Give them a spark and let them make a fire!” Goldstein wife, known for her modesty, chided her husband about having his GOLDSTEIN name on so many buildings in Sarasota Florida. She said, “Al, why do you have the letters so big on this building, it’s kind of cringe-making.” And he replied “It’s not because I want my name big. I want people to know that a Jew gave money for that building.”

Simone (nee Jacob) Veil passed away in France at 89 Veil (pronounced vayy) was born in Nice to Andre Jacob and Yvonne Steinmetz. She was a survivor of Auschwitz-Birkenau and Bergen-Belsen, who after WWII, rose to become the health minister of France and the first woman to be chosen president of the European Parliament. She was known as a reliable ally of the weakest, drafted laws to help prison inmates (especially Algerians), people with disabilities, disadvantaged children, and that barred discrimination. She was a resolute enemy of the extreme right. She would say that she got her strength from her mother, whose spirit she felt standing beside her throughout her life (her mother did not survive Bergen-Belsen). Opinion polls showed Mrs. Veil to be one of the most admired people in France. When Mrs. Veil was elected to the Académie Française, the novelist Jean d’Ormesson paid her tribute, saying her “capacity to bring about support among the French” was crucial to her popularity.

And Rabbi Meir Zlotowitz, who founded ArtScroll PUBLICATIONS a predominant publisher of prayer books and religious books passed away at 73. After graduating from Manhattan’s Mesivta Tifereth Jerusalem Rabbi Zlotowitz joined a graphics studio named ArtScroll Studios, which produced brochures and wedding invitations. He hired Rabbi Nosson Scherman. And together they wrote and published translations and prayer books beginning in 1975.

And Attorney Joel Joffe a defense lawyer who represented Nelson Mandela in a historic Rivonia Apartheid trial, as well as members of the African National Congress, passed away in England at the age of 85. Lord Joffe, was raised in Johannesburg, South Africa. His mother was born in then Palestinian; his father was from Lithuania. Upon his passing, the President of South Africa wrote, “We have learned with sadness of the passing of one of our most respected legal minds, Lord Joel Joffe, who played a critical role during the liberation struggle for our freedom and democracy [when he] represented political prisoners, including the late father of our nation, president Nelson Mandela and other liberation icons. On behalf of the government and the people of the Republic of South Africa, we wish to extend our heartfelt condolences to the Joffe family, relatives and all in the legal fraternity across the globe.”