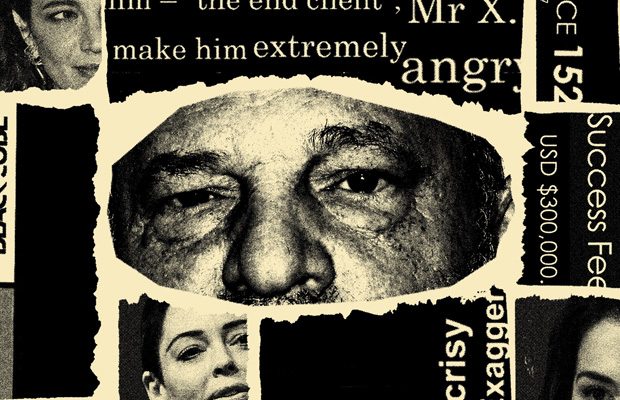 Last Friday, Ronan Farrow appeared on The Late Show With Stephen Colbert. There, he told Colbert that he was working on a followup to his New Yorker article that revealed allegations that Hollywood film mogul Harvey Weinstein had sexually harassed or assaulted 13 women. The new piece would reveal the “machine that was so instrumental in keeping this quiet as long as it was quiet.”

Sure enough, last Monday Farrow’s article dropped in the New Yorker. In “Harvey Weinstein’s Army of Spies,” Farrow details the existence of a large and elaborate intelligence operation hired by Weinstein to suppress stories about his alleged decades-long serial abuse of women and to silence his accusers.

Just over a year ago, Weinstein hired private security firms to gather information on Actress Rose McGowan, who was in the process of writing a book detailing her rape by Weinstein. These firms also gathered information on a number of journalists investigating the allegations. One of the firms, hired at the suggestion of former Israeli Prime Minister Ehud Barak no less, was the ominously named and Tel-Aviv based Black Cube, supposedly staffed by former Mossad officers. The article cites a $600,000 contract with a $100,000 deposit, between Black Cube and one of Weinstein’s lawyers (who was also representing the New York Times in another matter!!). The contract also stipulated a series of 6 figure bonuses – preventing the article from being published would generate a $300,000 bonus for instance, or getting a copy of Rose McGowan’s book before its release was worth $50,000.

But lets look at the base $600,000. What did Weinstein get for that? He got a dedicated agent, able to travel anywhere in the US for four months. Using aliases like “Anna” and “Diana,” Black Cube’s Agent called and/or met with reporters and alleged victims like McGowan – basically anyone who had information that Weinstein could use. Diana pretended to be working for a wealth management firm based in London, that was creating a foundation to end discrimination against women in the workplace. To that end, Black Cube created a fake company Web site (built perhaps by these guys?), and even created a business address. Black Cube is well versed in the use of virtual offices. Its address in Tel Aviv is actually a residential building (swanky but residential) and its addresses in Paris and London are shared/virtual offices run by a company called Regus. If you’re thinking Black Cube has a fancy headquarters teeming with high tech gear and dashing secret agents… well, sorry but no.

Black Cube’s agent Diana spent a lot of time with McGowan, dangled the offer of a potential $60,000 speakers fee and when Farrow sent McGowan photos of the Black Cube agent, she recognized her instantly. “Oh my God,” she wrote back. “Reuben Capital. Diana Filip. No fucking way.” Farrow identifies her as a former officer in the IDF but does not mention where she served or any Mossad connection. Coincidentally, the Wall Street Journal obtained a closed circuit camera photo of the agent from another unrelated case. There, the agent went by the name Diane Illic. The “target” described a “gorgeous” woman who plied him with drinks while asking lots of odd questions. Here’s the photo: 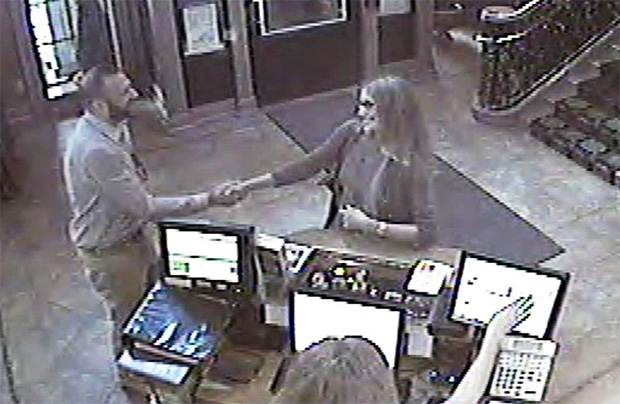 Busted! The Daily Mail identified the agent as Stella Penn Pechanac, a veteran of the Israeli Air Force who lives in Jaffa, near Tel Aviv. Pechanac immigrated to Israel from Sarajevo in 1994 and speaks several languages. The Times of Israel revealed some of her fascinating family background:

Before immigrating to Israel during the Bosnian war, Pechanac’s family converted to Judaism from Islam. During the Holocaust, her grandparents hid Jews in their Sarajavo home, which was situated across from the Gestapo’s Yugoslavia headquarters… Through their connections, the Pechanacs fabricated Christian identification documents for dozens of Jews to flee to Italy and Palestine… Her grandfather was jailed for his efforts, and later sent to a concentration camp where he was killed. In 1985, the Yad Vashem Holocaust memorial honored the Pechanacs as “Righteous Gentiles.” … Nearly a decade later, in the thick of the Bosnian conflict, Israel evacuated the Pechanacs on the last convoy of Jews rescued from the war-torn city… Also hired was a freelance reporter who, claiming to be writing a story about Weinstein, was able to ask several persons of interest questions, whose answers were reported back directly to Weinstein.

All that and a 100 page report at the end of the assignment is all you get for $600,000. And the worst part? Harvey Weinstein is such an asshole that all the Mossad agents in the world couldn’t help him. BlackCube even apologized for their role in this shit show:

Asher Tishler, member of the Black Cube advisory board, said “Of course we apologize to those hurt by this. Of course women were hurt. Now, in retrospect, it’s a shame that we took this job.”

BlackCube has pledged to doante all profits from their work for Weinstein to “Women’s groups.” How nice.