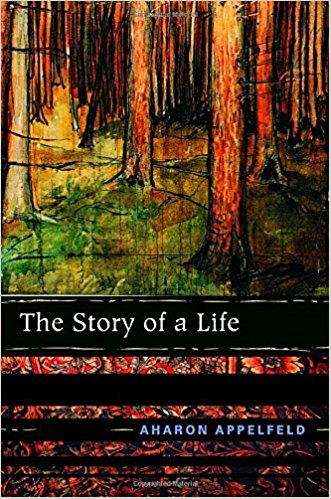 Aharon Appelfeld passed away this week in Israel at the age of 85. He resided in Mevasseret Zion, just outside Jerusalem. He was known to write in the cafes of Jerusalem. The author of over 45 books, he was one of Israel’s and the Jewish World’s most famous modern writers. Much of his work focused on the Shoah. He was honored in 1983 with the Israel Prize for literature, and in 1989 with a National Jewish Book Award. Born in Czernowitz, Bukovina, Romania (currently part of Ukraine), his mother was murdered by Romanians in 1940, and he and his father were sent to a Nazi death camp. Aharon escaped to a Ukranian forest, where he survived the war in silence in nature. At one point, he was enslaved by a gang of criminals, and then sheltered for half a year by a prostitute. For a time, he worked as a pre-teen cook for the Soviet Army; and after the war, he made it to a post-war DP camp in Italy, and then to Palestine in 1946 at the age of 13. To readers of English, his most famous publications (not including newspaper essays) include Badenheim 1939, Adam and Thomas, The Man Who Never Stopped Sleeping, The Iron Tracks, and The Story of a Life.

We lost a bookseller as well, this week. Fred Bass, the owner of one of America’s most famous independent bookstores – THE STRAND – passed away at the age of 89. The Strand continues to be the destination of readers and bookophiles who browse the millions of books it stocks and the readings it hosts. The Strand and its “18 Miles of Books” is the last surviving bookstore in the Union Square/EastVillage area that was once home to two dozen book retailers. For me, The Strand was a place to find half-priced “review copies” copy Jewish-related titles, plus they had (before renovation) the best and coldest water fountain in Manhattan. Bass inherited the business from his father. It is now owned by his daughter, Nancy Bass Wyden (who is the spouse of U.S. Senator Wyden).

As well as a purveyor of art house films.

Dan Talbot passed away at 91. A founder of New Yorker Films, Talbot opened Manhattan’s Lincoln Plaza Cinemas in 1981. It became one of the world’s most influential and unpretentious art-house film theaters. In 1981, Talbot said his customers were an elite, college-educated, well-traveled group… (and so many of them were Jewish). Prior to this theater opening, he and his wife opened the New Yorker theater in 1960, which screened “revival” films, such as “The Red Balloon.” Talbot brought French New Wave and postwar German films to America. He screened Shoah, the over nine hour documentary by Claude Lanzmann; as well as a doc on the 1934 propoganda film, and “Triumph of the Will,” by Leni Riefenstahl. He distributed famed indie films including Tampopo and My Dinner With Andre. This month, the six screen Lincoln Plaza Cinemas will close, as Milstein Properties, which operates it with the Talbots and Gaumont Films, is not be renewing the theater’s lease.

And a person about whom a film was made.

Ulrich Wegener has died at 88 ni Koln (Cologne) Germany. Wegener was the the police commando who led the 1977 West German raid that rescued 90 people from a Lufthansa jetliner that four militants had hijacked and flown to Bahrain; Dubai, the United Arab Emirates; Aden, Yemen; and finally Mogadishu, the capital of Somalia. The West German government authorized Border Protection Group 9, the elite antiterrorist squad commanded by Mr. Wegener (Lt. Colonel at the time), to storm the aircraft. The unit, also known as GSG-9, was created after the September 1972 attack on the Summer Olympics in Munich, when Palestinian militants kidnapped 11 Israeli athletes, and the local authorities failed in their attempt to rescue the athletes, who were killed, along with one police officer and five of the eight kidnappers. Their planning and success helped others – later at Entebbe – free hostages.

The most intense, horrific, and tragic deaths, which is leaving numbness across America, were the deaths in Costa Rica of two entire families of current and future Jewish leaders.

Over the weekend, a plane crash in Costa Rica took the lives of all on board, including the Steinberg Family of Scarsdale, NY and the Weiss famiy of Belleair (Tampa, Pinellas County), Florida.

Irene Steinberg was an active, tireless, and top leader in Jewish philanthropies and the UJA-Federation in Westchester County, NY. Her husband, Bruce Steinberg was an executive at the well regarded financial firm, Bridgewater Associates. They and their three sons: William, Zachary and Matthew, died as they were returning to San Jose, the capital, to fly back to NYC. William was planning to embark on his Birthright Israel trip this week. William was a leader at the Hillel at Johns Hopkins University, and Zachary was active at Penn. The family was active with several charities, including Seeds of Peace and its summer camp. Rabbi Jonathan Blake of the Westchester Reform Temple in Scarsdale wrote on Facebook that, “This tragedy hits our community very hard.”

The Weiss family victims included Dr. Mitchell Weiss and Dr. Leslie Levin Weiss, their daughter, Hannah; and their son, Ari. Mitchell was a head of interventional radiology and his wife, a neonatal pediatrician. Hannah was a student at List College, a joint program of Columbia University and the Jewish Theological Seminary of America in Manhattan. Both Hannah and Ari were active in USY and Camp Ramah Darom. Ari was the USY chapter president, Hannah was a USY regional vice president. Shuly Rubin Schwartz, a JTSA dean, characterized Hannah as “a rising star in our community.” The family was deeply involved in Congregation B’nai Israel of St. Petersburg. St. Petersburg mayor, Rick Kriseman, said “Ours hearts are very, very heavy right now.” In addition to two crew members, also killed was Amanda Rae Geissler, a Backroads tour leader, who, before graduation was a beloved star basketball player in the University of Wisconsin.