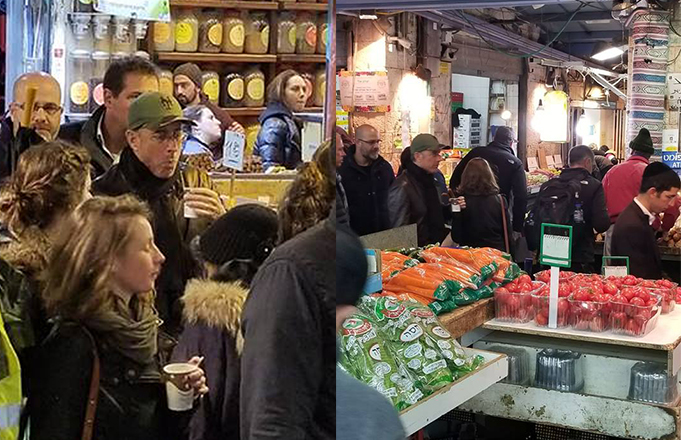 Last Saturday night, Jerry Seinfeld performed two back-to-back shows in Tel Aviv. After an hour of jokes, he ended his last set by declaring “Thank you, we love Israel, we stand with you!” Standing with Israel apparently means not taking off immediately after his shows as he was spotted Monday afternoon in Jerusalem at the Shuk. While he was surrounded by a small posse and a group of thuggish security guys, he did have a cup of coffee and I hope he was on his way to try some Marzipan ruggelach or get a healthy drink from Uzieli, the Yemenite Healer man. Maybe he was on his way to Crave, recently awarded “Restaurant of the Year” by Jerusalem’s Kol Hair. Wherever he ended up at, I hope it inspires some new material next time he preforms in Israel. Maybe something like this:

So what’s the deal with Marzipan ruggelach? Is Marzipan the secret ingredient in the ruggelach? And if it isn’t, then why do you call a bakery “Marzipan” that doesn’t sell a single item of Marzipan??

Anyhow – I totally ripped off these photos which were taken by Mark Shields and posted onto Facebook by his brother in law Yitz Wolf. Sorry.