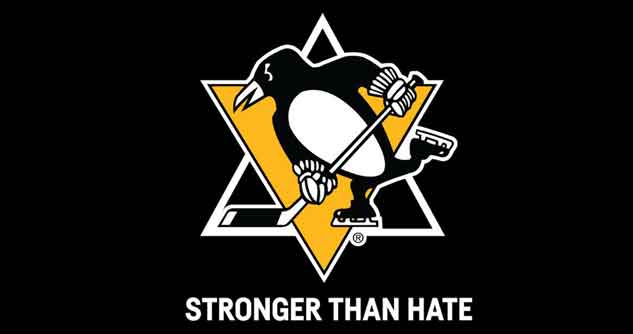 A reporter from Roll Call went to a variety of Senate offices on Capitol Hill, trick or treat bag in hand. The U.S. Senate is not in session, but that doesn’t mean their treats are not available. While Senator Toomey of PA gave out Hershey bars (headquarters in PA) and Louisiana’s Senators gave out voodoo and other bayou produced potato chips, Senator Chuck Schumer (D-NY) gave out healthy, kosher certified Chobani yoghurt from his Chobani branded mini fridge.

Speaking of imported fridges, The Economist reports on concerns over a Chinese based lease on Haifa’s port. The story starts out, “The chief of one of Israel’s intelligence agencies was recently surprised to discover that Chinese construction workers on a major building project might be able to see into a sensitive installation… Israeli security officials are growing increasingly uneasy with China’s expanding role in the economy, particularly its involvement in several big infrastructure projects and its purchase of cutting-edge technology… Shanghai International Port Group, which won the tender in 2015 and began working on the site in June.”

The Hartford Courant reports on a campaign mailer that was sent out by Republican Ed Charamut and targets Democratic state Rep. Matthew Lesser, his opponent. It shows the Jewish candidate with a fistful of money — or what one would say is “blatant anti-Semitic imagery.”

There will be a free webinar on how to respond effectively to the attack in Pittsburgh sponsored by the Jewish Education project on Thursday, November 1. The treat will feature DR. BETSY STONE, Psychologist and Adjunct Lecturer, Hebrew Union College – Jewish Institute of Religion; SHIRA DEENER, Director of Jewish Education at Facing History and Ourselves; MEREDITH LEWIS, Director of Content and Engagement, PJ Library; LIRON LIPINSKY, Associate Vice President of Jewish Enrichment, BBYO; DR. DAVID BRYFMAN, Chief Innovation Officer; and RABBI JEN GOLDSMITH, Managing Director of Congregational Learning and Leadership Initiatives, at The Jewish Education Project.

Another treat is the SOLIDARITY SHABBAT: Synagogues nationwide will this Shabbat will host #SolidairtyShabbat as will Moishe House, OneTable, Base Hillel, and campus Hillel groups. Included in the sponsors are Union for Reform Judaism, Aleph Alliance for Jewish Renewal, United Synagogue of Conservative Judaism,
Orthodox Union, Chabad-Lubavitch, Reconstructing Judaism, Independent Minyanim, Young Israel, and the Sephardic Congregations of America.

Speaking of Young Israel… over 130 Jewish leaders signed an “Open Letter to the National Council of Young Israel on Pittsburgh”
It begins, “Dear President Farley Weiss, Chairman of the Board Jeff Kopelman, and Executive Director Rabbi Marc Volk: As American Jews who have benefitted from vibrant Orthodox institutions and organizations, we can no longer stay silent when they fail to live up to the fundamental moral, ethical and communal values and principles that guided, motivated and shaped our communities. It is, therefore, with tremendous sadness and remorse that Torah Trumps Hate, a growing organization of Torah-centered Jewish social activists, Hitoreri: an Orthodox Movement for Social Change, and Uri L’Tzedek must formally protest a recent statement from the National Council of Young Israel (NCYI). In the aftermath of the terrible anti Semitic tragedy at the Tree of Life Synagogue in which eleven people died al kedushat HaShem (sanctifying God’s name), the NCYI chose to issue a political statement of unabashed support for President Trump, saying that the Jewish people have never had “such a great champion in the White House.” It did so even as this president continues to fan the flames of Jew hatred in our country through classic anti Semitic code language and hate speech. Did the leadership of the NCYI hear “his constant unwavering voice in defense of the Jewish people and against anti-Semitism” when he declared regarding the white supremacists marching through the streets of Charlottesville shouting “Jews will not replace us” that “some are very fine people?” Or was it when his White House left out Jews in the official statement commemorating Holocaust Remembrance Day?…” READ MORE AT HERE

And in a treat to the nation, many are criticizing U.S. Congressman Steve King (Republican-Iowa) for his white supremacist affiliations. Alan Steckman, president of Adas Israel in Mason City, Iowa and John Pleasants, president of Ames (Iowa) Jewish Congregation criticized Rep. King for using “funds from a Holocaust education organization to meet with a notoriously anti-Semitic propaganda site” as “shocking beyond any previous outrage.” King recently defended his ties to the Austria Freedom Party, which was founded by a former Nazi SS officer, saying that they were just like members of the GOP. Dairy giant Land O’Lakes – the makers of my favorite LOL White American Cheese announced that it will no longer make financial contributions to Steve King. The coopoerative company, which also owns Purina, said in a statement. “We take our civic responsibility seriously, want our contributions to be a positive force for good and also seek to ensure that recipients of our contributions uphold our company’s values. On that basis, we have determined that our PAC will no longer support Rep. King moving forward.”