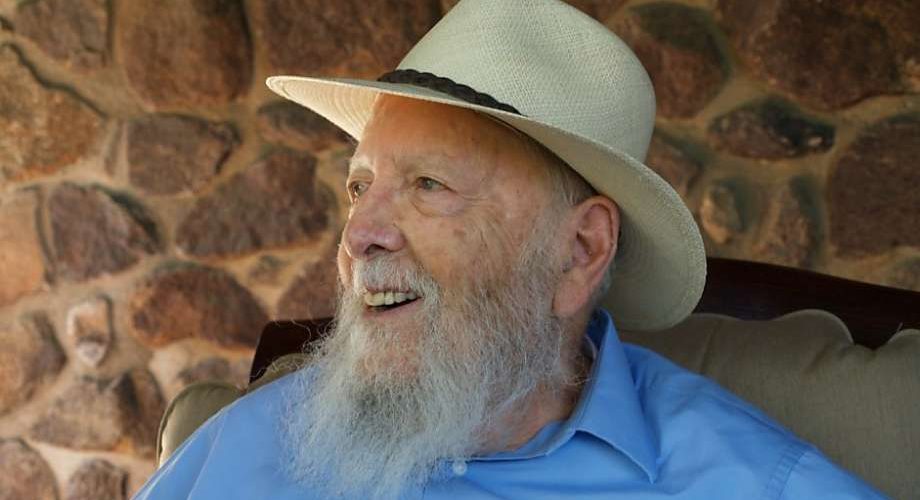 HERMAN WOUK (pronounced woke) passed away today at the age of 103 at his home in Palm Springs, California. In ten days he would have turned 104. The cause of his death was not announced. Prior to WWII, Wouk was a comedy / joke writer for Fred Allen for five years – earning the equivalent of $350,000 during the Great Depression. After WWII, Wouk was the author of several best selling novels, many which were made into classic, influential films. They included “The Caine Mutiny,” the story of a difficult, paranoid Navy captain and his rebellious junior officers, and the young Jewish JAG attorney who must defend the mutineers, even though tough captains like Captain Queeg were needed to shape up Navy crews and win the war (Wouk served on the USS Zane on a winesweeper with several Quueg-like captains); “Marjorie Morningstar,” the 1955 story of a Jewish woman who dreams of becoming an actress, changing her name from Morgenstern to a more assimilated Morningstar, but settles for motherhood in the post-WWII NYC suburbs; the World War II epics “The Winds of War,” a prelude to WWII, and “War and Remembrance,” the story of the battles to win WWI and the liberation of Nazi death camps; “Aurora Dawn,” about NYC ad men and the Book of the Month Club, which was published in 1947; the semi-autobiographical “The City Boy” (1948); and “The Lawgiver,” which he completed in 2012. His serious practice of Judaism led him to write “This Is My God” in 1959, and “The Language God Talks” in 2010. In 1994, two books focused on the history of the State of Israel: “The Hope” and “The Glory.” In 2016, he published a memoir titled, “Sailor and Fiddler: Reflections of a 100-Year-old Author.” On Broadway in 1949, he wrote with “The Traitor,” about a scientist who delivers atomic secrets to the Soviets. The ABC miniseries based on The Winds of War garnered 80 million viewers.

I. M. PEI (pronounced pay), a revered architect, passed away in Manhattan this week at 102. Among his most famous works were the National Gallery of Art – East Building in Washington, DC; the glass pyramid at the Louvre Museum in Paris; the bamboo-shoot like Bank of China building in Hong Kong; Society Hill Towers in Philadelphia; the Museum of Islamic Art, in Doha, Qatar; the Rock & Roll Hall of Fame in Cleveland, Ohio; the John F. Kennedy Library in Boston; the Guggenheim Pavilion of Mount Sinai Hospital in Manhattan; and the John Hancock Tower at Copley Square in Boston. A student of Walter Gropius and the Bauhaus movement, his works were modernist in design. His first employer, after graduating from Harvard, was William Zeckendorf, a Manhattan real estate developer. Nearly five decades later, his own firm, I. M. Pei practice designed the First International Bank Tower in Tel Aviv, a 32-story skyscraper on Rothschild Boulevard. His firm also designed the US Holocuast Memorial Museum in Washington DC.

FLORA MARCUS BERKUN, a teacher, editor skilled debater, and attorney, and the wife of Rabbi Emeritus Alvin K. Berkun of the Tree of Life Congregation in Pittsburgh passed away on Monday, May 13, at the age of 76. She was known for her phrse ASLTW: “Actions speak louder than words,” said her son, Rabbi Jonathan Berkun, of Aventura, Fla. Not feeling well on the day of the recent attack on the Pittsburgh synagogue, she and her husband were not present when 11 of her co-congregants were murdered. A graudate of Vassar, Rebbitzin Berkun met her husband when he was a student at the Jewish Theological Seminary. The couple honeymooned at Camp Ramah (in Canada) in 1965. Once her children were older and they were planted firmly in Pittsburgh, Berkun earned her law degree and practiced family law for the firm of Wilder & Mahood in Pittsburgh. Along with her son and husband, Mrs. Berkun is survived by her daughters Elizabeth Friedman, of Princeton, N.J., and Rebecca Hillyer, of Philadelphia; her brother Walter Marcus, of Tucson, Ariz., and eight grandchildren.