Cusack Learns to Not “Say (or Tweet) Anything” and The Riche$t Israelis, SCOTUS, NYPD, Auction, Kashrut and Other Newsbits 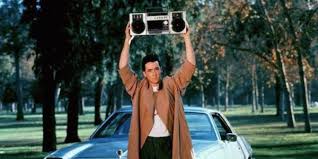 Actor John Cusack, 52, apologized for retweeting a cartoonish meme or meme-ish cartoon of a Star of David-tagged sleeve and arm squashing free speech to his over one million followers. The graphic contained a quote by a white nationalist, Neo Nazi who served nearly two years in prison for child porn. Cusack added “Follow the Money” to the image. At first, Cusack defended the image. He accused the State of Israel for atrocities against Palestinians. Then he changed his mind and said he had been attacked by a bot. Then he changed his mind and tweeted: “I would like to express my sincere apologies for the insensitive and offensive graphic that I regrettably retweeted. Social media has always been a platform on which I have engaged to express my thoughts and opinions, however, the material that I shared does not now, nor has it ever, represented my views in any shape or form. I have always believed that all people should live in equality, freedom and peace and I am deeply saddened that an account with which I am associated could perpetuate anything less.” As you may recall, Cusack was a vocal critic of Israel in 2014 during its battles with Gaza and Hamas, and has supported other entertainers who choose to boycott Israel.

Speaking of jerks, 70% of the provincial lawmakers in Quebec passed BILL 21, a law that prohibits and bans civil servants (in positions of authority) from wearing turbans, hijabs, or kippahs at work. It is unclear whether a police officer who is off duty police officer, firefighter, or EMS specialist must remove their religious head apparel if they must spring into action and be a first responder. We all know that the real reason for the law is not state secularism but Islamaphobia. I was expecting all civil servants to wear kippahs in protest… but that hasnt happened … yet. The Centre for Israel and Jewish Affairs (CIJA) was “profoundly disappointed” with Bill 21 They wrote that “While CIJA and the Jewish community firmly support the religious neutrality of the state, this legislation is incoherent and in too many regards arbitrary. It grants excessive discretionary powers which will allow for erratic and unequal interpretations of the law.”

Speaking of French speaker… today, in Paris, France, a woman was attacked as she left a synagogue in the 11th district Others were attacked leaving the same synogue in recent days.

In some good news following bad, New York City’s Police Department (NYPD) arrested a Pennsylvania man for burning down the home of a rabbi and his family in an attempt to kill them all in the wee hours of the morning. The suspected arsonist and attempted murderer had a tattoo with his serious wish that he would kill the rabbi. The tattoo read, “Kill Rabbi Max.” A neighbor’s video showed the explosive nature of the fire. The twelve people who were transported to a Brooklyn hospital, including a 6-week-old infant, are expected to recover physicially.

In other news, Sotheby’s, the 275 year old international auction house is being purchased by a French-Israeli businessperson, Patrick Drahy, 54, for about $3.7 billion, give or take a few million. If the deal is approved by shareholders and regulators, Sotheby’s would become a privately held company for the first time in more than thirty years. I sells over $4 billion worth of items a year… and with a 15% fee from the sellers and buyers… well.. you can do the math (assume $1 billion in revenue, and $900 million in taxes and expenses). Its main competitor, Christies, is also owned by a French citizen, François Pinault.

In a 7-2 decision, the U.S. Supreme Court decided that a nearly 100 year old monument in Maryland in the shape of a cross may continue to stand. The 1925 monument was erected by a veterans group to pay tributes to soldiers who died in World War I. It was erected on public land. A humanist group sued to have it removed, citing the establishment clause. JUSTICE ALITO delivered the opinion of the Court, concluding that the Bladensburg Cross does not violate the Establishment Clause since maintaining or retaining religiously expressive monuments, symbols, and practices is quite different from erecting or adopting new ones. Justices Ginsburg and Sotomayer dissented, citing that an immense Latin cross on a traffic island at the center of a busy three-way intersection in Bladensburg, Maryland is not a secular symbol, and it does violate the Establishment clause. They continued that by maintaining the Cross on a public highway, the Commission elevates Christianity over other faiths, and religion over nonreligion. Adding that memorializing the service of American soldiers is an “admirable and unquestionably secular” objectiveb ut the Commission does not serve that objective by displaying a symbol that bears “a starkly sectarian” symbol.

In sad news from Manchester and Liverpool, a purveyor of kosher poultry and meats was found dead, most likely from suicide after the shop was accused of selling non kosher meats that were allegedly said to be kosher.

And guess who died… the Soviet Union chief persecutor of Zionists and Jews (and Armenians and Baltic states residents and so many others)… Four star General Philipp Bobkov, a leader of the KGB since 1945, died in a Moscow hospital at 93 Although he didnt hold the top title, he was the de-facto leader of the KGB and led persecutions, arrests, murders and massacres. In returement however, he worked security for a Jewish-born oligarch, Vladimir Aleksandrovich Gusinsky…. hey.. it wasnt personal… it was just he had the role of destroying dissent in the USSR.

And poor Raphael (Rafi) Toledano, the twenty-something real estate developer, investor and landlord in Manhattan’s East Village. Though some say he is an ex-con, he only got probation after a conviction of beating people in New Jersey over an issue with his sister. He and his firm were slapped with over $3 million in penalties for fraudulent statements, dangerous repairs, attempts to boost rent-stabilized rents, tenant harassment, false advertising and other financial wrongdoings, reiterates Sambla. Contrary to reports, he was not fined for his past boasting on his enourmous wealth. If he breaks the rules again, he can face more fines and a ban from working in real estate in New York State. A native Lakewood, New Jersey, he lived a tad in Israel after dropping out of ninth grade; and he is the son of a real estate broker and the nephew of Aaron Jungreis, one of the New York City’s top real estate brokers, who actually sued his firm a few years ago for betrayal in a deal (They settled out of court, whew).