Parkland Survivor Will Not Be Joining Harvard’s Hillel in Fall 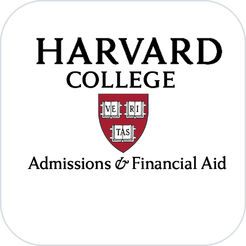 To paraphrase the script for the 1942 film, Casablanca, “…it doesn’t take much to see that the problems of a recent high school graduate from Florida and his acceptance to Harvard doesn’t amount to a hill of beans in this crazy world. Someday you’ll understand that…”

Harvard College’s decision to rescind the offer of admission of Kyle Kashuv to its incoming freshman Class fo 2023 has made international news. It isn’t the first time Harvard College has done this. Two years ago, it rescinded its offers of admission for perhaps a dozen potential students due to social media posts that were deemed racist or misogynistic. Kashuv also was criticized for posting a photo of himself with a gun at a shooting range on the anniversary of the Columbine massacre. He had been practicing shooting with his father at a gun range.

Kashuv, a resident of Parkland, Florida, is one of many survivors of the shooting and murders at Majory Stoneman Douglas High School.

In addition to being a recent high school graduate, he is a gun rights activist and activist for politically conservative causes and the Trump presidency. In the past two years, he met with President Trump and the First Lady, Congressional leaders, White House aides, and a Supreme Court Associate Justice, among many others. He was a featured speaker at the National Rifle Association’s annual meeting.

Recently, it came to light that Kashuv, while studying for an AP History test with classmates, made vile racist and anti-semitic comments. Conservative and liberal pundits seized on this and asked Harvard to reject Kashuv. Some alt-right pundits especially criticized Kashuv, not because they diagreed with him, but because he had criticized them for their hate in the past.

On May 24, Harvard informed Kashuv that they were considering revoking his admission. Harvard will revoke admission offers for behavior that “brings into question your honesty, maturity or moral character.”

Kashuv had apologized for his earlier writings as soon as they were made public. And in a letter to Harvard, he reportedly wrote – as way of expanation – that he apologized unequivocally for his comments, which he wrote were made two years ago in private among equally immature high school students, and that “I said them, I regret them, and by explaining the context and my subsequent experiences I am not trying to excuse them.”

In a letter from Harvard College’s Dean of Admissions and Financial Aid William R. Fitzsimmons, dated June 3, 2019, Fitzsimmons wrote that “As you know, the Committee takes seriously the qualities of maturity and moral character….. We are sorry about the circumstances that have led us to withdraw your admission.”

Kashuv’s parents are immigrants to South Florida from the State of Israel. Kashuv, a regular synagogue attendee, said that he used racial and anti-Semitic slurs with his friends for their shock value. Did he really mean it when he wrote that he wanted to kill the Jews or when he criticized a female classmate for loving a non white classmate instead of (him) a “pasty Jew?” It is doubtful that he wanted to Kill the Jews. Kashuv said that he was “embarrassed” by what he wrote. Kashuv, who was planning to spend a gap year in Washington DC prior to starting college, will probably still spend a year in the nation’s capital, working on public policy and school safety issues. Kashuv reached out to leaders at the Harvard Office of Diversity and Inclusion to seek their advice or guidance, but to no avail.